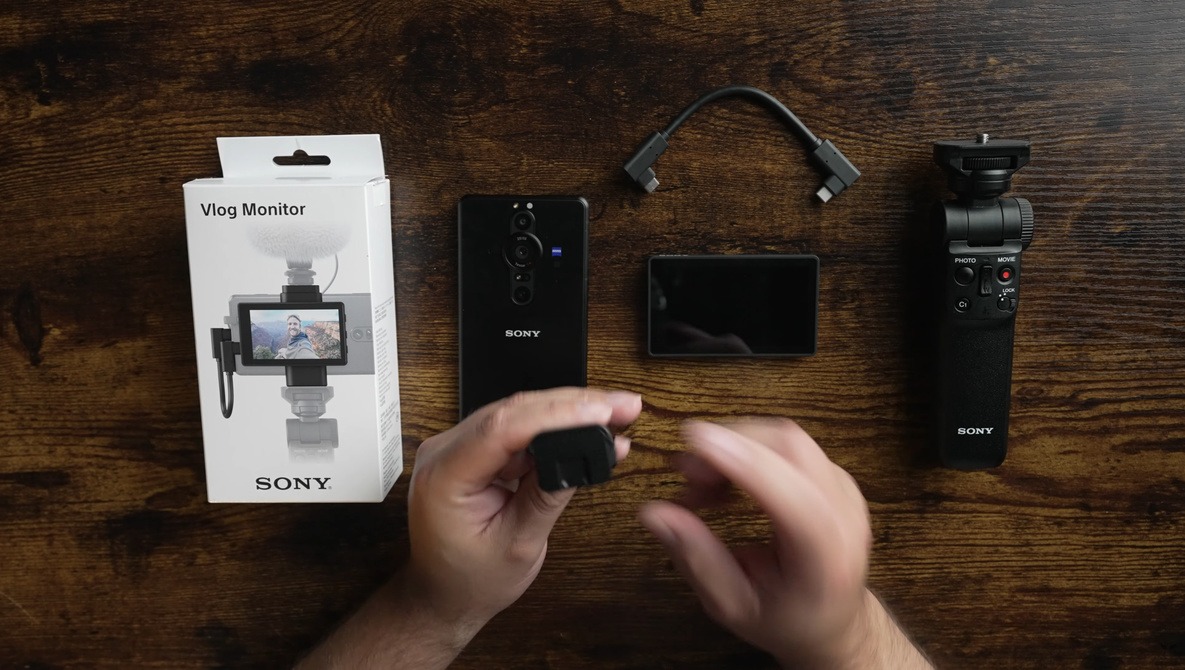 With mobile phones forcing their way into a number of photography and videography conversations, the peripheral tech is improving too. In this video, go hands-on with Sony’s newest vlog monitor.

For those who missed the news, the Sony Xperia PRO-I 512GB 5G Smartphone has turned a lot of heads. Mobile phones, with every passing year, have attempted to improve their cameras and the software underpinning them, and have more or less succeeded. It has got to the point where phones are useful pieces of kit in any videographer or photographer’s arsenal.

The new Sony Xperia is clearly aiming itself at vloggers, but can also be handy for certain videography assignments and b-roll. As far as phones go, it’s expensive, but with regards to a phone with genuine utility for certain professions, it could be a great option. As well as the phone, there is a wireless shooting grip and a vlog monitor. In this video, Miguel Quiles tries out the magnetic vlog monitor which will allow vloggers using the phone to be able to see the image while using the best lenses — the 16mm, 24mm, and 50mm Zeiss lenses.

What do you make of this phone and its accessories? It seems to have been polarizing in the community, but I can certainly see uses and while I’m not in the market for one presently, it might be useful in the future.