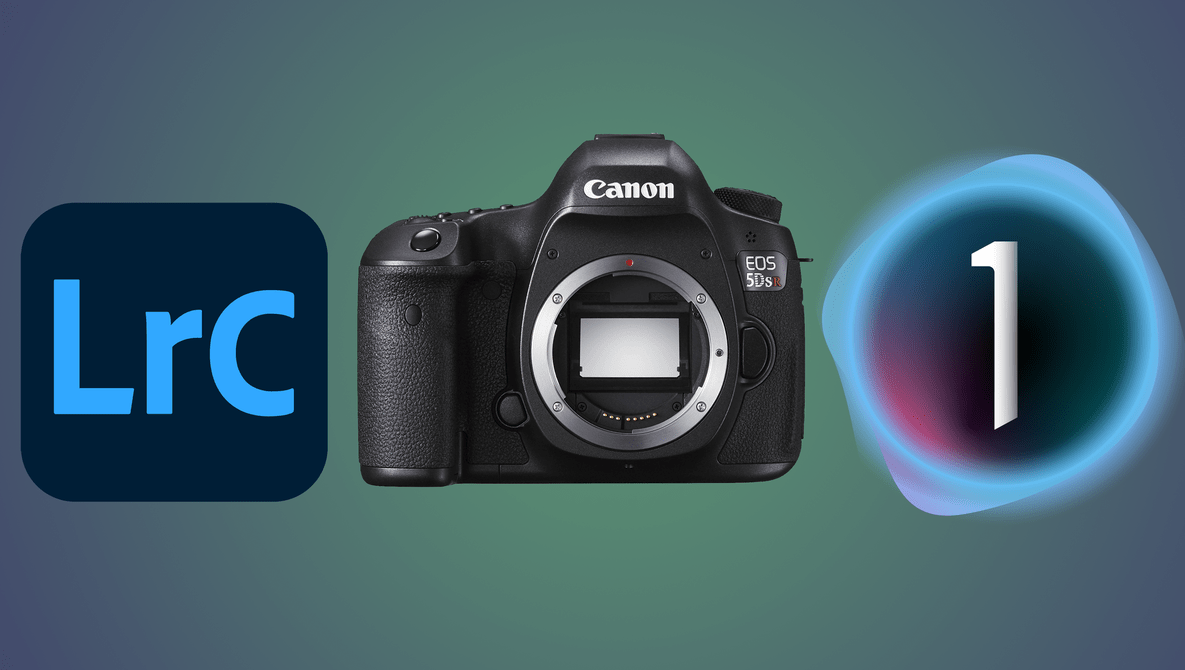 In this series of articles, I’ll be comparing Capture One to Lightroom to see which one is the better choice. The articles will focus predominantly on color; however, other points such as contrast and dynamic range will also be covered too.

There is a common argument circulating that Capture One will produce better-looking files compared to Lightroom. As great as Lightroom can be when it comes to bulk editing, Capture One is described as being the better choice if you want to get the most out of your raw files. For this reason, I’ll be comparing both pieces of software with a wide range of camera manufacturers to determine which of the two is, in fact, the better option.

In this first of the series, we will be looking at Canon cameras, focusing primarily on an image taken with the Canon EOS R6 and the RF 50mm f/1.2 lens. We will take a look at some of the other models from Canon too; however, in order to accomplish a deeper dive, a single image should suffice. 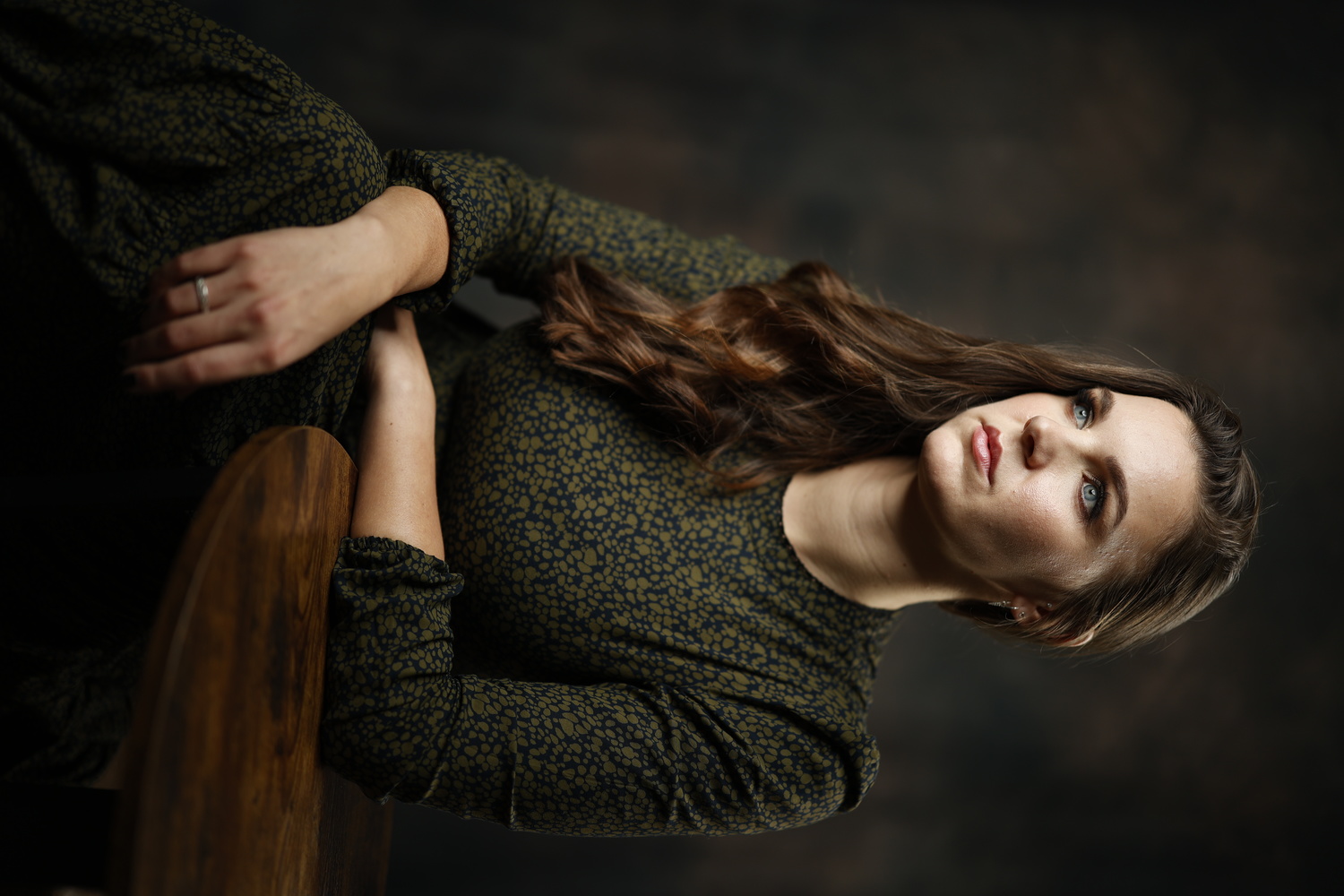 This first image that we’re looking at is a JPEG file straight out of the Canon EOS R6. No adjustments have been made to this image. This is not a benchmark by any means, although it can serve as a point of reference to some degree. Below we have the first comparison that we can take a look at.

When you export images from Capture One or Lightroom, each software will apply its own interpretations. Even if no adjustments are made to a file, images exported from different software will look distinctly different. For instance, the Capture One exported file appears less saturated and leans more into the earthy tones.

On the other hand, both the Lightroom and Canon JPEG lean a little more in the orange and magenta tones. This can be useful if you prefer to have a little more punch in the skin tones. However, personally, I find the processing from Capture One to be more appealing. It works for my particular style.

Having said that, one could argue that Lightroom does a better job at remaining true to what Canon is aiming to produce with its cameras. Lightroom also does not apply as much sharpening compared to Capture One. I find that Capture One is a little too aggressive with how much sharpening it applies.

The other major difference between the files is how the lighting looks. In my mind, Capture One does a better job at representing the lighting and skin tones. The file doesn’t look harsh and has a more pleasing look. The other two files seem to have a harsher look to them, and the lighting around the face seems less controlled. Once again, however, Lightroom seems to be leaning more towards how the original JPEGs look from Canon.

The reason why this could be beneficial to many is that the look of the images when using Lightroom remains consistent. What you see on the back of the camera is going to be really close to what you see in Lightroom.

Recovering highlights in an image is obviously quite important. Almost every kind of photography benefits from this. Each software seems to manage highlight recovery a little differently. In the image comparison above, the highlights have been fully recovered in each program. Essentially, the maximum setting on the sliders in each application has been used.

The effect in Lightroom is significant. In most cases, I tend not to recover highlights anywhere near this degree. These examples are just here to demonstrate the extent to which each software allows when it comes to recovering highlights.

In my experience, I find highlight recovery in Capture One to be less useful in most circumstances. This is because Capture One is a little too reserved in how much of the overall spectrum it recovers. Lightroom is far more generous in this regard, and for many kinds of work, it proves to be the more useful option.

Having said that, Capture One offers a greater deal of precision when it comes to highlight recovery. The software targets the highest points in an image without affecting the rest of the image. Recovering highlights in Lightroom will likely affect a larger part of any given image.

When it comes to recovering shadows, Capture One feels less sophisticated. With the shadow sliders pushed to the maximum setting on each, Lightroom is far more reserved and precise in comparison. The shadow slider in Capture One alters far too much in an image for my liking. In fact, I have yet to come across a situation where the shadows slider has been useful.

In most cases, if I need to lift the shadows, I tend to use the “Film Extra Shadow” profile instead. Unfortunately, the shadow slider in Capture One is too aggressive.

With Lightroom, however, the shadow slider does a better job across a wider range of photography genres. The slider will lift the shadows without impacting too much of the rest of the image. Despite the overall tone of the image I’m using in this article, Lightroom still manages to separate the shadow areas more effectively.

In essence, I find Capture One to be more useful when it comes to managing highlights and Lightroom for managing shadows.

Finally, we have the contrast slider and both programs seem to do a great job; however, the results are different. The slider was only pushed to 50% on each, which equates to +25 in Capture One and +100 in Lightroom.

The fact that Lightroom goes to +100 and -100 seems to allow for a wider range on the contrast slider. This helps you manage your contrast with a greater deal of precision. With Capture One, the contrast slider only manages half that range, and it does feel like a shorter range.

However, the major benefit of Capture One is that the contrast slider does not seem to affect colors in the same way that Lightroom down. When you add or remove contrast in Capture One, it only affects the lighting in the image and not the colors. This is probably the most beneficial difference between the two apps. And it’s actually most useful when removing contrast from an image.

In the comparison above, you’ll notice how the Lightroom image is far less saturated than the Capture One file. Unfortunately, the Lightroom contrast slider will affect colors as well as the lighting in an image, and this makes it a less precise feature. Capture One, however, offers a far more useful contrast slider purely because of how precise it is with its effect on lighting.

It’s difficult to say that one program is clearly better than the other, especially when you start doing more complex side-by-side comparisons. There are areas where one software will best the otherl however, from an overall perspective, each of the two offers some extremely useful benefits.

For example, Lightroom will remain far closer to what you see on the back of the camera. This is extremely useful because you’re not going to end up with some weird surprises when you transfer files and start the editing process. Unfortunately, Capture One isn’t as consistent in that regard.

Despite that fact, I personally do enjoy the look that Capture One produces, and I’ll pick it over Lightroom for most meaningful projects. In my experience, Capture One leans more towards accuracy, whereas Lightroom leans more towards the manufacturer’s camera profile. As long as you don’t use any of the Adobe profiles in Lightroom, the results it produces are brilliant. The biggest issue with Lightroom is how it manages contrast. Other than that, there is no clear winner.

When it comes to Canon raw files, either software will produce fantastic results.