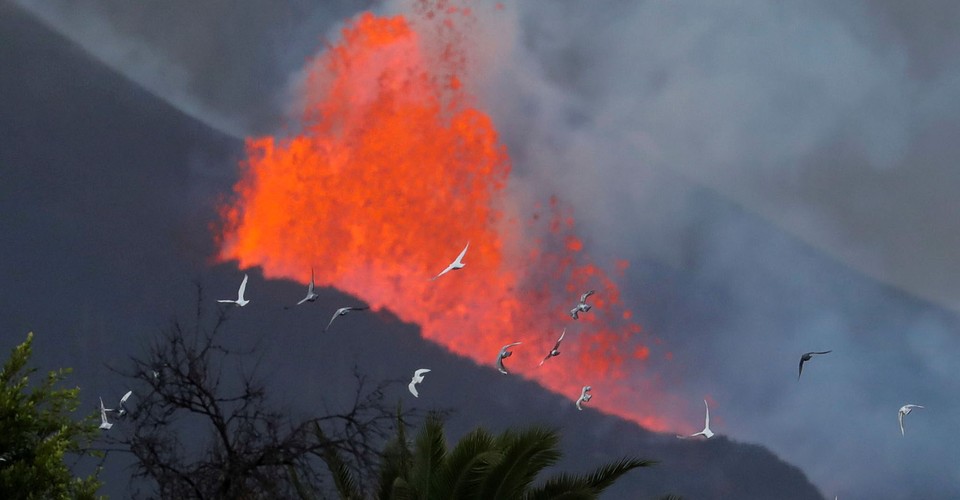 Lava flowing from Cumbre Vieja, an erupting volcano on the Spanish island of La Palma, reached the sea last night, spreading outward and expanding the area of the island by several hundred acres. Residents who had not already evacuated were told to shelter indoors to avoid any potential poisonous gases that might be formed as the lava interacts with seawater. Cumbre Vieja has been erupting since September 19, and officials warn it could continue for several months, based on previous eruptions. So far, hundreds of houses and large portions of several banana plantations have been destroyed.