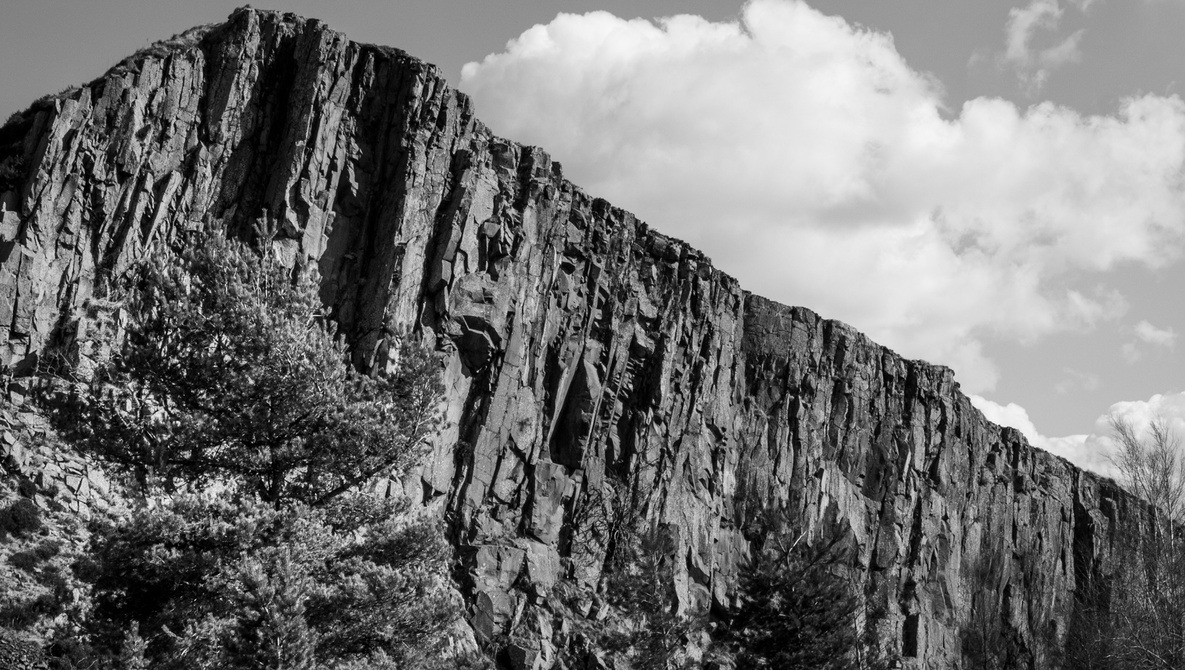 I met the self-styled “greatest photographer in the world,” Harry Schidtshlinger, last week. He was sporting a bloody nose, trying his best to stem the flow with his lens cloth. I offered to postpone, but he was determined to be interviewed, and I wanted to hear his story.

Harry is struggling to carry his camera and the 100-liter rucksack with his extra lenses while, at the same time, pinching his nose. I ask if I can help, and he refuses unless I hold the blood-soaked cloth in place. I decline that.

He tells me that he was in the middle of a street photography session and spotted a particularly beautiful woman kissing her boyfriend. It was a moment of intimacy that he had to photograph. So, he ran up as close as possible and pointed his Canon RF 400mm at them. The boyfriend, for reasons unknown to Harry, shoved the camera away, and the back of the camera broke Harry’s nose and his teeth cracked 1D X’s rear screen.

He tells me this wasn’t the first time he had suffered unprovoked violence while photographing. But worse than that, this time he didn’t get the shot. What was wrong with people not wanting to have their photo taken by someone who was clearly a professional photographer, he asks me.

After the worst of the bleeding stops, we sit down for a coffee. Harry shuns a small independent café and insists on visiting a franchise store in the mall, as they brewed the best coffee; he considers himself a coffee connoisseur as much as he does a photography expert. So, I sip an insipid flat white while he broods over his damaged camera while consuming an extra-large mocha with whipped cream from a spray can, topped with raspberry syrup and cinnamon.

We talk photography. Despite his injury and the bloody cloth pressed to his nose, he still speaks with a loud, booming voice that advertises his opinion to the entire café.

Harry insists photography is all about gear. He tells me that if you don’t have the best lenses and the highest possible pixel count, then one can never hope to get good photos. Our conversation is interrupted by laughter from the next table. It is a group of students I recognize from the local art college that I had worked with a couple of weeks before. Harry nods towards them as he tells me they have no hope of ever becoming successful. One of them, he points out, was even carrying a film camera. I see Jane, the student with the Rolleiflex, roll her eyes, and I return the gesture.

Harry suddenly raises his camera, knocking over my coffee, and fires off shots through the window, jabbing at the shutter release button. I leap backwards, trying to avoid getting a lap full of weak coffee.

Afterwards, while I mop up the mess, he spends five minutes staring at the cracked back screen of his camera scrolling through the images, oohing at the different shots, and then grunting with disappointment as he zooms in. “Blurred,” he says each time. He implies it was my fault for jogging the table. I hear snickering from the students.

After he finishes looking at the photos, I ask him about his technique. He briefly tells me he only ever shoots at ISO 100, because that is where the camera performs at its best. But he dodges expanding on that subject, saying he doesn’t want to give away his trade secrets, He is, however, keen to talk about his gear.

He always carries the longest lenses possible, and his initial choice of camera was based upon its size too. “Bigger is always better,” he proclaims. One of the students chokes on his drink and coffee comes out of his nose. Harry hears it, reaches for his camera, but misses the shot.

I point out that the equipment Harry carries must mean that he is doing well in his work. But he claims that nobody makes money out of photography these days and that he was fortunate to inherit enough to buy his camera and lenses. He was estranged from his father and written out of his will. But he had contested that – a children’s charity would otherwise have been the beneficiary – and won. He subsequently spent all the windfall on camera equipment. To be at the top of the game, he tells me, you won’t be taken seriously unless you have the biggest and most expensive gear possible, so that’s what he bought.

Asking if he has all his gear insured, Harry brushed over that question with a grunt. Instead, he wants to talk about “terrible” mirrorless cameras. They are a flash in the pan trend that won’t catch on, he tells me. He looked at the technology before buying his kit and decided that they wouldn’t go anywhere. DSLRs are here to stay, he insists. I asked him his reasoning behind this, and he said it was because DSLRs were bigger. Everyone knows that smaller cameras are not as good as big ones. And, why would anyone want an electronic viewfinder? I point out the advantages, and he scoffs at that but offers no counterargument.

Next, we talk about his assignments. He tells me that his last job was just before coronavirus hit, when he was commissioned to photograph a beauty pageant. Taking out his iPhone 3, he shows me the gallery on his website, and I note it was actually 2018. Harry doesn’t understand why they have since chosen a different photographer. After all, he was cheap enough, and he has a unique style.

Indeed, Harry made an unusual choice of the focus point in all his pictures, with the closest spots to the camera always being sharpest. Harry invariably shoots wide open and obviously doesn’t worry if faces are blurred. The lens has got a big aperture, so he uses it, he tells me.

His framing isn’t what I would describe as conventional, either. I suggest that these days, most people considered both this kind of event and photography outdated and misogynistic. But he just replies “snowflakes”, and says he found the pageant shoot exciting, then he’s winking and uttering: “Know what I mean? Nudge, nudge. Say no more.”

Harry smiles and tells me he just won the commission to shoot landscape images for displaying on construction boards. The boards will be erected around a new fracking site in a national park. When I say that the gas company must be paying well, he reveals that he won a photography competition the business ran and having his images used was the prize. The publicity, he told me, was worth letting them use the photos.

I think of myself as a cross between David Bailey, Ansel Adams, and Henri Cartier-Bresson. Of course, I should make my photos available to big businesses. I’m an award-winning photographer, and my work should be seen by as many people as possible.

We stop talking for a little while I mull this over, and the students start singing together, quietly but in beautiful harmony. We listen to their fine rendition of the first lines of “Why was he born so beautiful?” before I quickly move on to talk about what else Harry does besides photography.

He talks more loudly still, drowning out the singing, and says that he likes to comment on articles he reads on photography websites. Revealing that he always does so using pseudonyms, he says that if he used his own name, others might be daunted by his reputation as a world-class photographer and not want to comment. He invariably likes to disagree with the writers because they never research their articles, and they clearly know less about the subjects than he does.

I usually say that I’ve been a photographer for twenty years to establish my credentials. I then tell the writer his photographs are rubbish, and his article is crap. I’ll then add something witty: saying that reading it was a waste of five minutes of my life usually makes people laugh. That shows them!

Harry removes the 400 mm lens from his camera and lays the body face-up on the table while he rummages in his bag for his Sigma 200-500mm f/2.8 EX DG Telephoto Zoom. He says that this is his favorite street photography lens for avoiding confrontations.

The students get up to leave, and Jane buys a latte to take out. I could see what was coming next, so I slide my chair well back from the table before she trips and turned the world’s greatest photographer’s camera into the world’s most expensive coffee cup.

Harry is, of course, fictional. But almost everything he said and most of what happened I have witnessed or heard about from other photographers over the years.