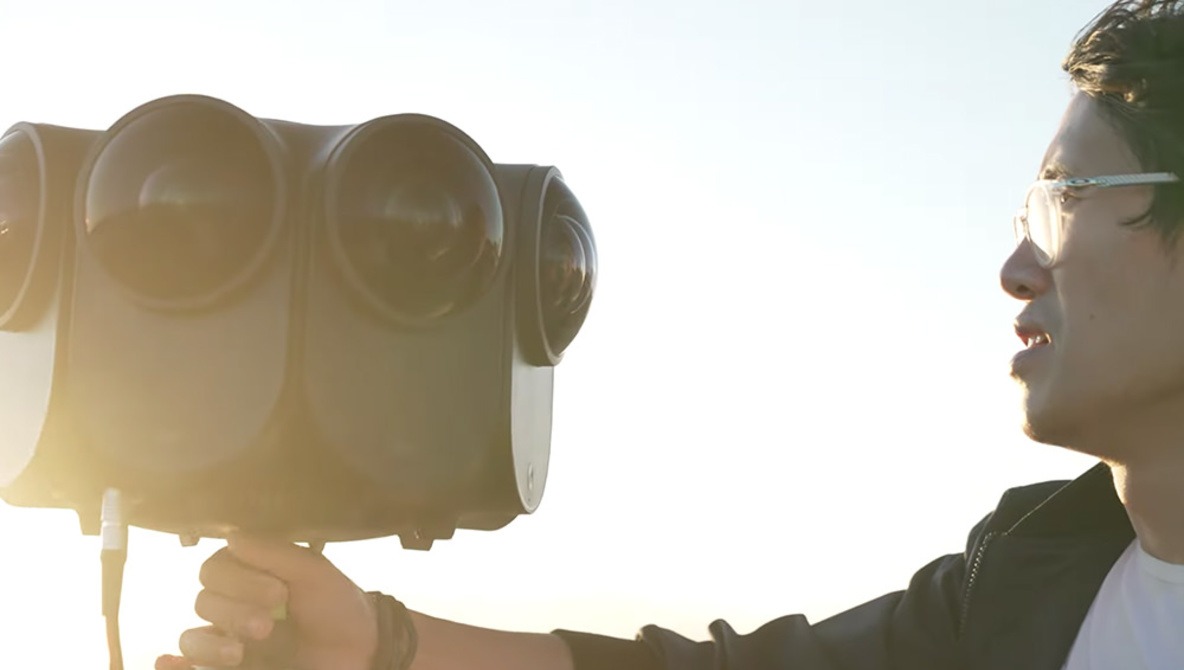 The year’s been pretty quiet for 360 cameras, which is why the launch of the Kandao Obsidian Pro, a 12K 360 camera made up of 8 APS-C sized sensors, is pretty much an extinction-level event this year as far as 360 cameras are concerned. The specs put it easily above other all-in-one 360 solutions, but how does it stack up in the real world?

Hugh Hou, of CreatorUp and a VR filmmaker, had a chance to put the rather sizable camera through its paces versus its nearest competitor, the Insta360 Titan, a camera that I had the chance to have a considerable amount of time with. That camera goes with 8 Micro Four Thirds size sensors and was a titan in its own right for the time. However, Hou doesn’t mince words here, describing the Titan as having a “security camera look” by comparison. For an extra challenge, Hou pits the camera against a Blackmagic Ursa 12K, but points out that the super-wide lens robs the camera of detail against the competition, making it not the ideal camera for 360 shoots.

The edge in image quality largely comes down to compression. The Insta360 Titan uses H.265 compression compared to Kandao’s raw footage, which gives the camera an edge in detail. That said, for the $10k difference between the cameras (About $15,000 for the Insta360 Titan versus $25,000 for the Kandao) I would have expected more of a gulf between the cameras, but at this level, it’s probably all academic. It was disappointing to see lots of flaring problems on all eight lenses of this expensive camera. That said, either of these cameras will produce footage that’s better than the standard two-lens consumer models, such as the Insta360 One X2 or the Kandao QooCam 8K.

As Hou mentions, this level of camera isn’t really the “do everything” 360 camera. The size and weight alone make these specialized tools. I thought the Insta360 Titan, at the size of about a basketball, was heavy, but it’s dwarfed by the Obsidian Pro it sits on top of in this video. The Insta360 made short work of my standard light stand that I used for 360 footage, and this camera looks to be no different in that department. Plan for a large ancillary budget to purchase supports for the camera if you plan to use one.

In a relatively down year for 360 cameras, it’s nice to see Kandao bring something different to the market that really ups the quality of 360 images and video. Here’s hoping it trickles down into the consumer 360 market.