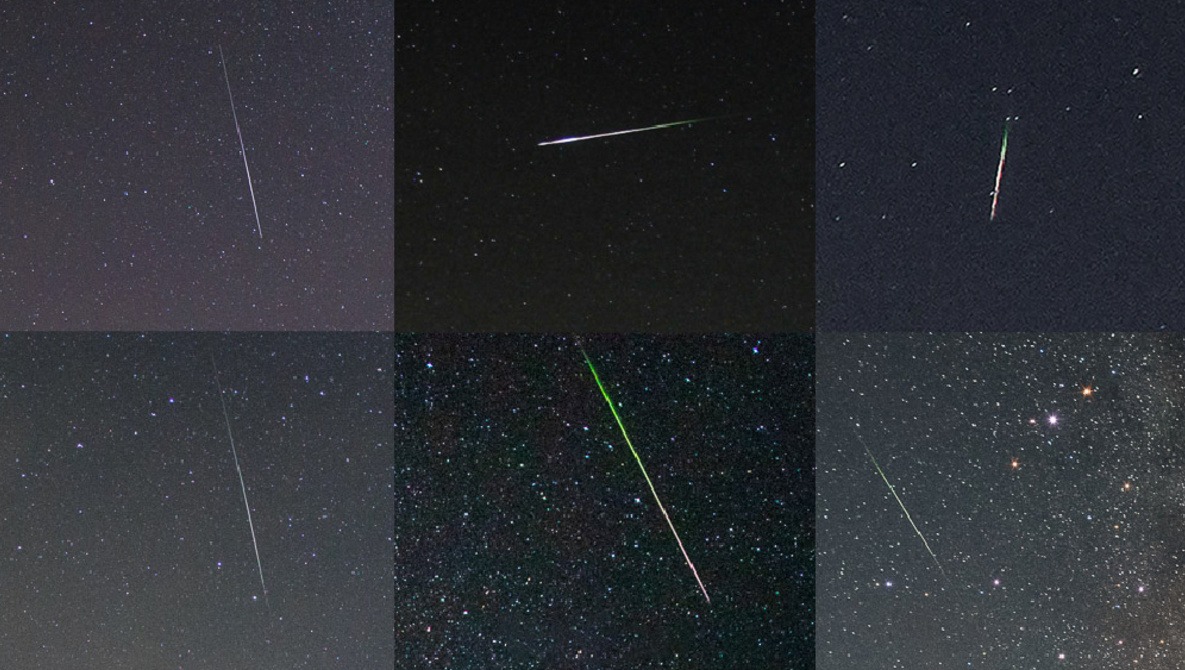 For me, August is a great month. The nights become longer and the Milky Way core is rising above the horizon again. But the highlight is the Perseid meteor shower. I have 10 tips for planning and photographing this annual event.

The Perseids are one of the most active meteor showers. It can produce on average about 85 meteors per hour when the radiant is at its highest point in the sky. Only the Geminids in December, at 120 meteors per hour, are more active.

The amount of meteors depends on your location on Earth. The numbers I mention are for a viewer that is somewhere at 50 degrees latitude in the northern hemisphere. But the longitude is also important.

Watching the meteor shower is not limited to its maximum. Although the amount of visible meteors is reduced before and after its peak, you still can see and photograph the Perseids. About three days before and after the maximum, you can still see 28 meteors per hour, giving a lot of opportunities to photograph these falling stars.

Where Do the Perseids Originate From?

The debris from comet 109P/Shift-Tuttle is responsible for the Perseids. The meteor shower is already described by the Chinese in the year 36. Every 12 years the debris is pushed by the gravity of planet Jupiter, resulting in an even more active meteor shower. Unfortunately, this was in 2016 and is expected to occur again in 2028.

The dust particles of the Perseids enter the atmosphere at 59 kilometers per second. While evaporating, the air gets ionized, resulting in a short flash of light along the trajectory of the dust particle. This all happens at 80-120 kilometers altitude. The flash of light is very brief. Although it might be a very bright flash, the total amount of light is not that much. This bit of information is important when photographing meteors.

Tips for Planning and Photographing

I assume you know the basics of shooting in a dark environment. First of all, you need a good and sturdy tripod. Turn off image stabilization and use manual focusing. A built-in time-lapse function can be used, but don’t use the time-lapse film function. You can also use a remote that can lock the shutter release button.

Turn off long exposure noise reduction, but high ISO noise reduction is no problem. Shoot in raw file format. Use a full battery and an empty memory card, or keep a spare for both. Watch out for the LCD screen brightness. If it’s too bright, it will ruin your night vision, but it can also misguide you when you check for exposure.

With these basics out of the way, now let us look at some practical tips.

First of all, make sure you know where to find the constellation of Perseus and the radiant of the Perseids. Next, find a nice location with an interesting foreground. Shooting only the sky may be a bit boring. But most important, find a dark location, far away from city lights and other light-polluted areas.

There are also websites or apps that show the amount of light pollution. One example is the Light Pollution Map (LPM) app. It’s a free app that works worldwide. Try to find at least a yellow zone, preferably even darker.

You can use the app PhotoPills for planning a location. It helps you determine the right time of shooting the meteor shower, the location of the radiant at the location you have chosen, and how many meteors you may expect.

A clear view of the sky is advisable. But the image may be much more interesting if you have something nice in the foreground, even if it’s blocking a part of the sky. Just be creative.

2. Use the Best Possible Exposure Settings

I mentioned the speed of the meteors and the brief flash of light they produce. The total amount of light generated by the meteor is not that much since it’s produced in a very short time. That is why you need to collect as much light as possible.

Use a large aperture if possible. Although I have shot the Perseids also with f/4 and f/5.6, though an aperture of at least f/2.8 is advisable. One stop larger will double the amount of light that reaches the sensor. Two stops means four times the amount of light.

Use a high ISO level, but make sure you don’t exceed the possibilities of your camera. If the noise level becomes too high, the meteor can become invisible. I find ISO 1,600 the minimum that works and advise to go up to ISO 6,400 if possible.

3. Make Sure Your Exposure Is Correct

Using the largest aperture, the maximum shutter speed possible without blurring star trails, and the highest ISO level possible can result in an overexposed image. Use the histogram on your camera to determine the correct exposure. For star photography, I always advise boosting the exposure until the histogram is just beyond the right side of the center.

The best way to get the right exposure is to use the maximum aperture, the highest ISO level that still produces good quality, and the shutter speed for the correct exposure. If the shutter speed exceeds the rule of 500, you might need to bump up the ISO level a bit further.

4. Use a Wide Angle Lens… or Perhaps Not

6. Take a Lot of Pictures

You never know where and when a meteor will show up. If you wait until you see one and then push the shutter release button, you will not succeed unless you are extremely lucky. For capturing meteors, you have to shoot continuously as long as possible, preferably for hours. This can be done with a time-lapse function or with a remote.

7. Make Yourself Comfortable and Safe

Because you have to wait for hours, you need to prepare yourself. Take a chair with you. Have something to drink and eat. Dress warm because it can cool down during the night.

Make sure you’re safe. And if you don’t want to be all alone in the location you’ve chosen, ask someone to join you — a fellow photographer or a friend who is willing to accompany you.

8. Protect Your Equipment Against Condensation

It can cool down at night. If you’re shooting for hours, your camera will also cool down. When the temperature of your lens gets below the dew point, your front lens will suffer from condensation. If that happens, you can’t get rid of it anymore unless you have a way of heating the lens until the temperature is above the dew point again.

Don’t use a UV or protection filter. The low mass of a small filter allows it to cool much faster, and condensation will occur much sooner. The best way to prevent condensation is to keep your lens warm. An anti-fog belt or other heating device is the best solution.

9. Take a Shot of the Milky Way Also

If you’re out there shooting the Perseids, you are probably at a dark location. And if your eyes are adjusted to the darkness, you will see the Milky Way in all of its glory. Why not take a few images of the Milky Way also? Who knows, perhaps you will also capture a few meteors in the frame.

10. Enjoy Your Time in the Field

Being out there in the field, looking at the stars, where falling meteors appear in random parts of the sky, is a lot of fun. Forget about the camera that is doing all the work, and enjoy the moment.

It’s not all about photography, but also the experience under the night sky. I think enjoying the things you do is important. And if you see a shooting star, make a wish. Who knows, perhaps you can make over 50 wishes per hour.

I wish you all the luck capturing the Perseids this year. Enjoy.