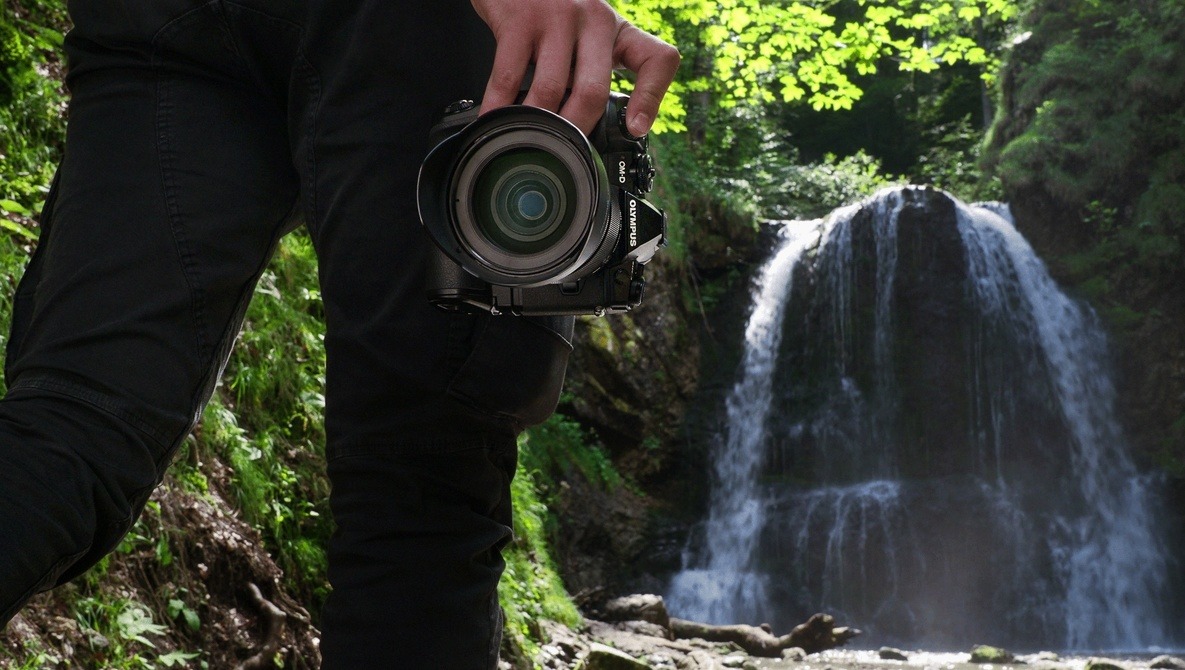 Known for combining functionality with aesthetics, Olympus is also synonymous with innovation. Their unique features, great design, and ergonomics result in an increasing flow of photographers, both young and old, from other brands to their stable.

There are lots of articles on Fstoppers extolling the virtues of different cameras and brands. I’ve noticed comments from Olympus users that their cameras’ unique features are often forgotten. I’ve tried to redress that by featuring articles about superb Olympus photographers like Rob Cottle and Ethan Beckler. 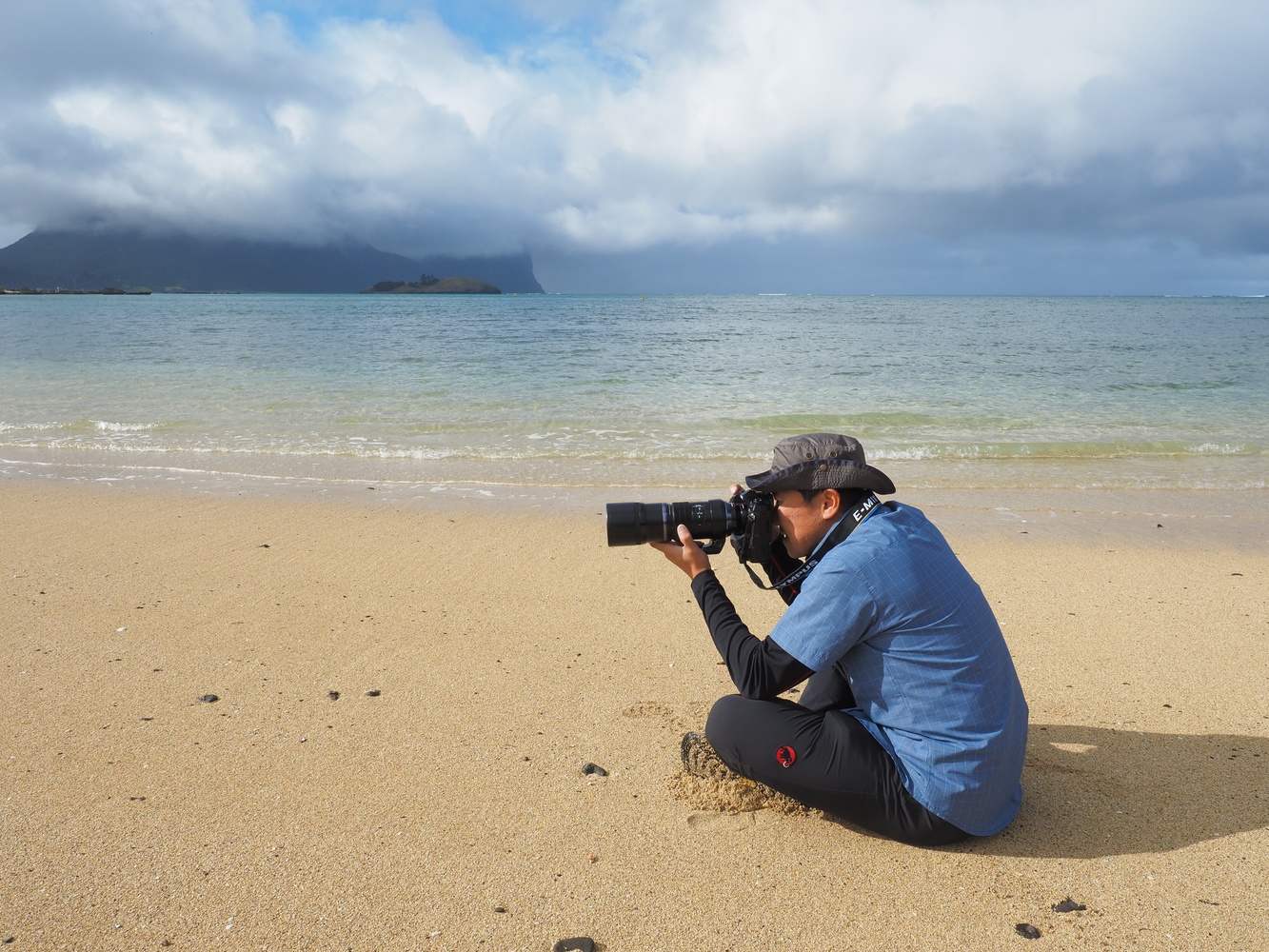 Putting the Arguments into Context

Along with Panasonic, Olympus recognized the future was with interchangeable lens cameras sporting electronic viewfinders, and so they became pioneers of mirrorless systems, switching entirely to Micro Four Thirds (MFT).

That early adoption places them well ahead of the competition with the development of high-performance mirrorless cameras. As the iceberg of doom tears away below the DSLR waterline, other brands are now jumping that sinking ship. Running for the mirrorless lifeboats, they are a long way behind Olympus’s head start.

As sensors have improved, the noise disadvantage that was brought by those smaller sensors has diminished to an irrelevance when photographing within normal parameters. With the arrival of outstanding noise reduction software such as On1’s NoNoise AI and Topaz Denoise, even working at those rarely needed, extremely high ISOs becomes achievable. As you will see later, Olympus has also found a cunning way of getting around long-exposure noise too.

The Depth of Field Argument

One of the criticisms Micro-Four Thirds faces is the greater depth of field. Detractors always ignore the benefits of that; there are two sides to everything in photography, a benefit for every disadvantage.

Landscape photographers often want more depth of field, and so, they reduce the aperture size. Olympus (and Panasonic Lumix) can achieve the same DOF with wider apertures, removing the image softness issue of diffraction that one would see with full frame at their necessarily small apertures.

Additionally, in areas like portraiture, wildlife photography and macro, there can be too little depth of field. Full frame photographers have to stop down to get more than just the eyes in focus; having eyes sharp but a fuzzy nose tip and ears isn’t that great a look. With MFT, that greater depth doesn’t require a smaller aperture.

Nevertheless, shallow DOF is perfectly possible with an MFT camera. The shooting parameters are different, but it is still achievable, and Olympus Zuiko lenses produce lovely bokeh.

Why Photographers Are Buying These Cameras

The photographers I’ve met that use Olympus have been a mixed bag. Firstly, there are the exciting young art photographers. They want the convenience the smaller Micro Four Thirds system bring, better image quality than their phones deliver, plus the style that isn’t apparent in chunky-clunky DSLRs. Then, there are those of us who travel and do outdoor activities, where small size, low weight, and weather-sealing is all important. Additionally, there is the older photographer who no longer wants to lug around heavy gear because it hurts. There are also the technology enthusiasts, who like to push their photographic boundaries using advanced features. At the other end of the scale, there are those who just want a small, convenient, and easy-to-use system to take snaps. 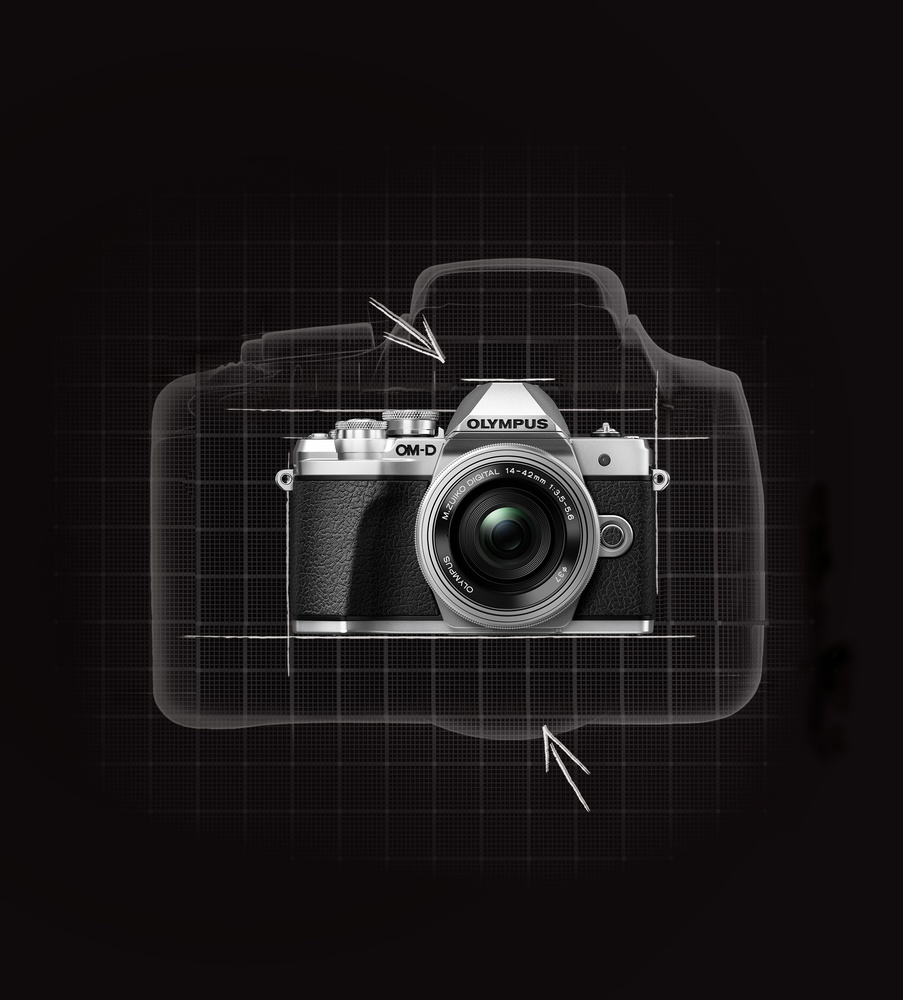 Here are some major features that you might not know about that give Olympus cameras the edge over others.

An easy way of understanding Live Composite mode is to imagine shooting the same image repeatedly and combining the shots as layers into one image. Any subject with the same lighting remains unchanged in the final image. However, new brighter light is added. For example, if you start shooting a subject in the dark and then gradually light paint it, that light painting will appear in the final image. Another application is shooting lightning. The camera will continuously update the first shot you took but only add the lightning to it.

Although not what this is designed for (see Live ND below), I’ve used this technique for simulating the effect of long exposures of moving water. Because moving water is white, it adds that extra light to the original shot, thus smoothing it out. With Live Composite, you can watch the image develop on the rear screen, your phone, or tablet using the free Olympus Image Share app. That app gives you Live View, focus and exposure adjustments, and remote shooting on the bigger screen of your smart phone or tablet.

A big advantage of shooting long exposures this way is that it negates the noise you would usually get. Instead of one long image, you are shooting multiple fast images where noise is not an issue.

I’m putting these two together as they do similar things. Most cameras have Bulb Mode. However, with Olympus cameras, Live Bulb allows you watch a long exposure image gradually develop on the back screen, and the histogram moves to the right too. This happens while the shutter is held down or is activated through the Olympus Image Share app.

Olympus took this one stage further with Live Time. Instead of holding the shutter down, you press to start the exposure and once more to end it. Of course, these can be activated wirelessly using the Olympus Image Share App too, thus avoiding camera movement.

If, like me, you like to carry minimal kit, shooting with just a camera, a tripod and maybe have a spare battery in your pocket, having up to five stops (ND32) of ND filter built into the camera brings huge benefits.

This setting gives you a preview of how the image will look before pressing the shutter. How it works is a closely guarded secret, but it is similar in operation to Live Composite mode. Consequently, long-exposure noise is still not an issue as it would be with a long exposure using a physical ND filter. When you set the shot up, a preview of the final image is displayed.

OMDs can shoot up to 60 raw files per second with single autofocus, or 18 with continuous autofocus.

Olympus cameras use their sensor shift technology to create images up to 80 megapixels in resolution, equal to many medium format cameras. The latest version of this even allows it to work handheld up to 50 megapixels. The camera shifts the sensor by one micron and fires off images in quick succession, combining them into a single image.

The crop sensor means you can get closer to the action with the same focal length. A 300mm lens has the same field of view (effectively, the same magnification) as a 600mm lens.The Canon RF 600mm f/4 prime lens weighs 6.8 lbs / 3,100 g, meanwhile the Olympus M.Zuiko Digital ED 300mm F4 IS PRO weighs 2.4x less at 1,270g. Both contain 17 elements, have 9 rounded aperture blades, and have built-in image stabilization, which on Olympus cameras works in conjunction with the In-Body Image Stabilization. That Canon lens costs just shy of $13,000, whereas the Olympus is under $2,900.

Available in all Olympus cameras

The distance between the back of the lens and the sensor is greatly reduced. For those of us who shoot with vintage lenses, the addition of a simple extension tube without any glass elements will allow that lens to focus to infinity. Adapting vintage lenses with different mounts to fit most cameras means losing the ability to bring infinity into focus, unless the adaptor has extra glass elements.

Standard in all Four Thirds and Micro Four Thirds cameras, Olympus offers up to 7.5 stops of image stabilization, having found a way to overcome the IS limitations caused by the Earth’s rotation. I have managed to handhold a 45mm lens mounted on an old E-M5 Mark II for 1.5 seconds, and the newer cameras perform much better than that. 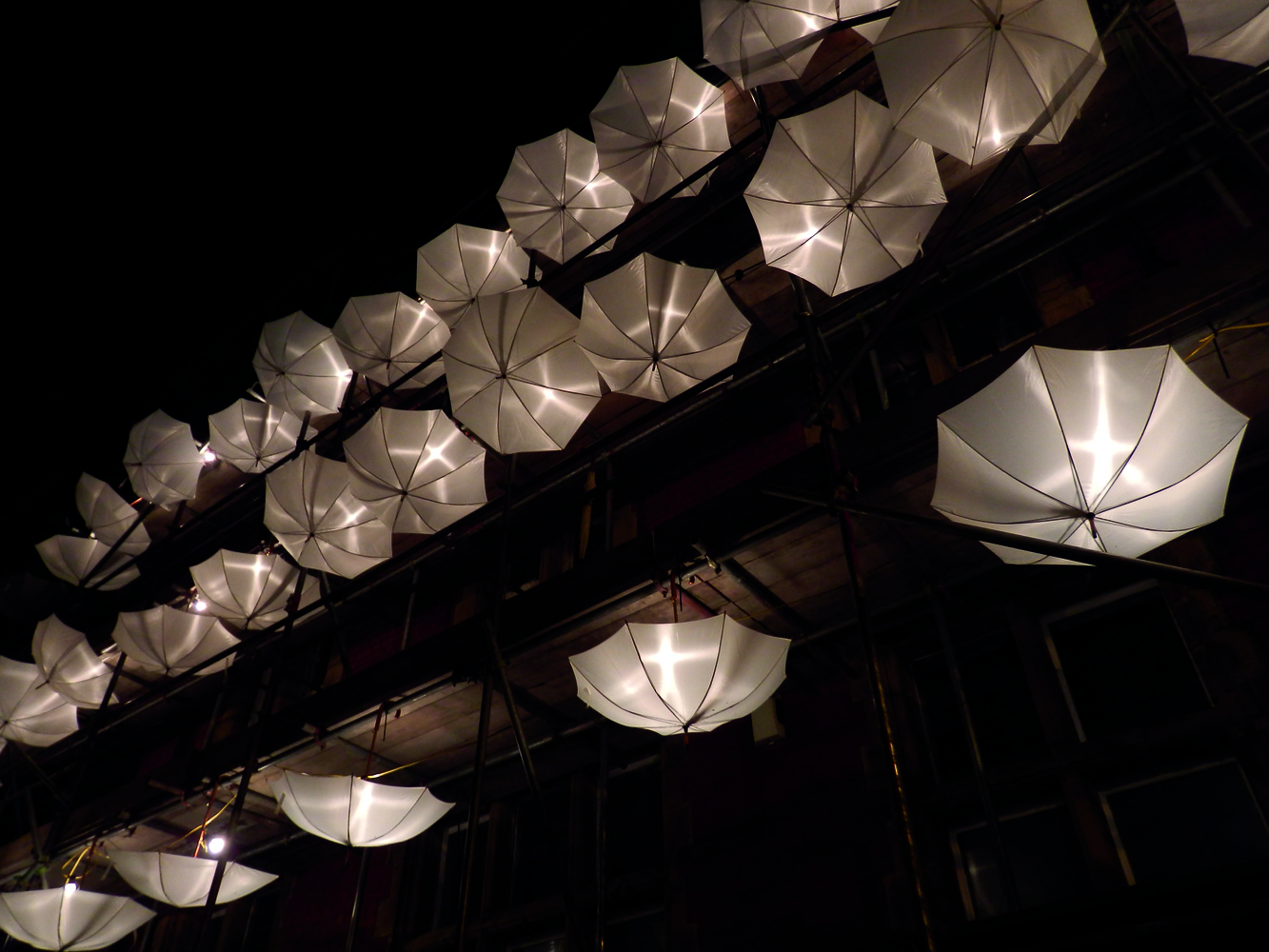 Available in all Olympus cameras

Going back to 2010, when Olympus launched the E-5 DSLR, the internet was strewn with images of it being used covered in ice and snow. Since then, the environmental seals of the OM-D E-M1 series of cameras have come even further. The flagship E-M1X has inherited the sealing from the Olympus Tough compacts and is guaranteed to the formal rating of the IPX1 operating environment. The range of operating temperatures is from -10 degrees Celsius (14 Fahrenheit) up to 40 degrees Celsius (104 Fahrenheit) and up to 90% humidity. 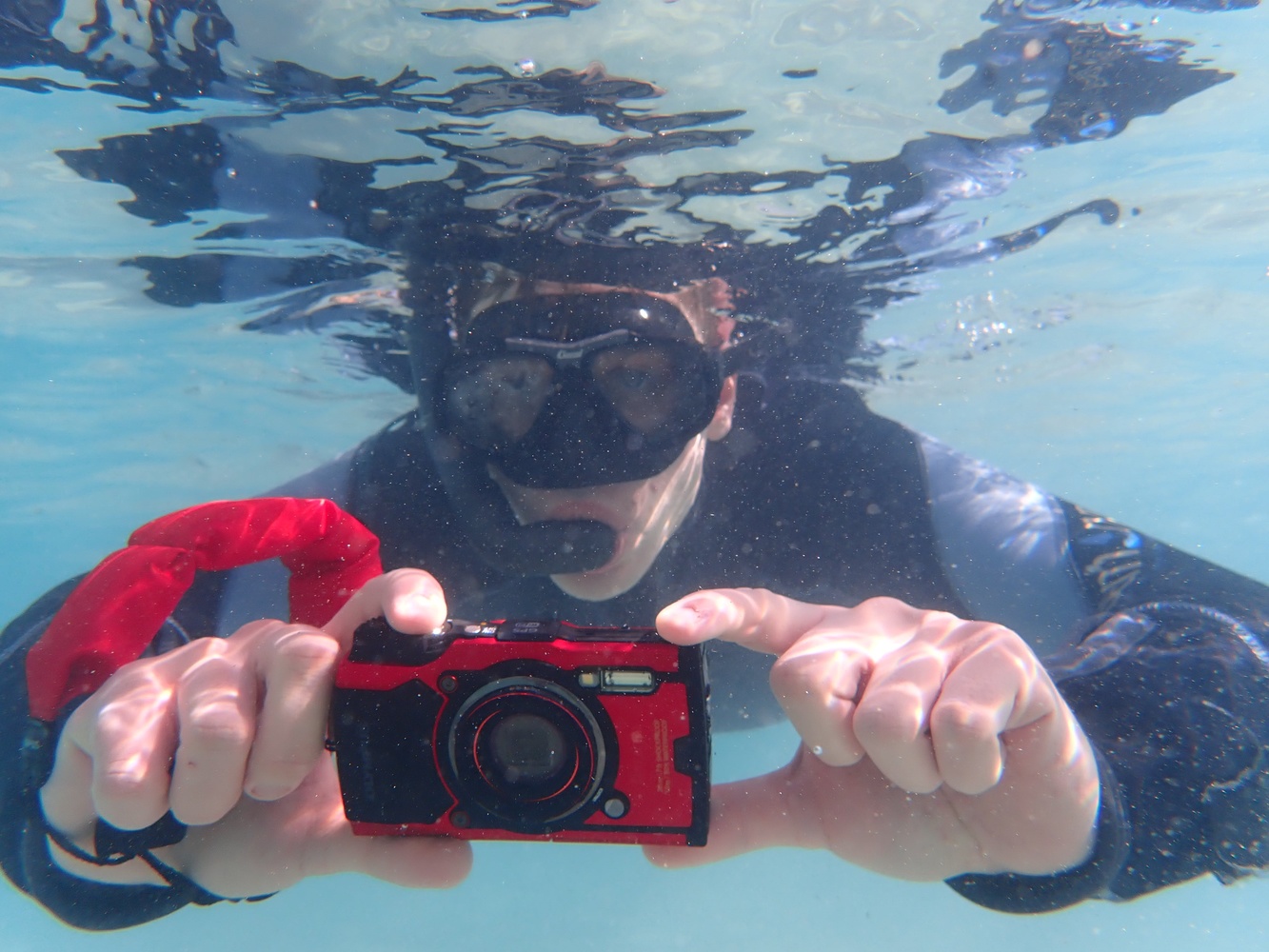 Great for: all outdoor photography

Here in the UK, the Olympus team is running interactive live tutorials and interviews twice a week almost every week of the year. You don’t have to be in the UK to join in with these. Furthermore, if you are befuddled by anything your camera is doing, you can book a one-to-one session online with any of their technical experts who will help you get to know your camera.

Have you ever ended up with neck ache from lugging a heavy DSLR all day? With aging populations, older photographers no longer want to suffer sore necks and backs from carrying excessively heavy kit around. 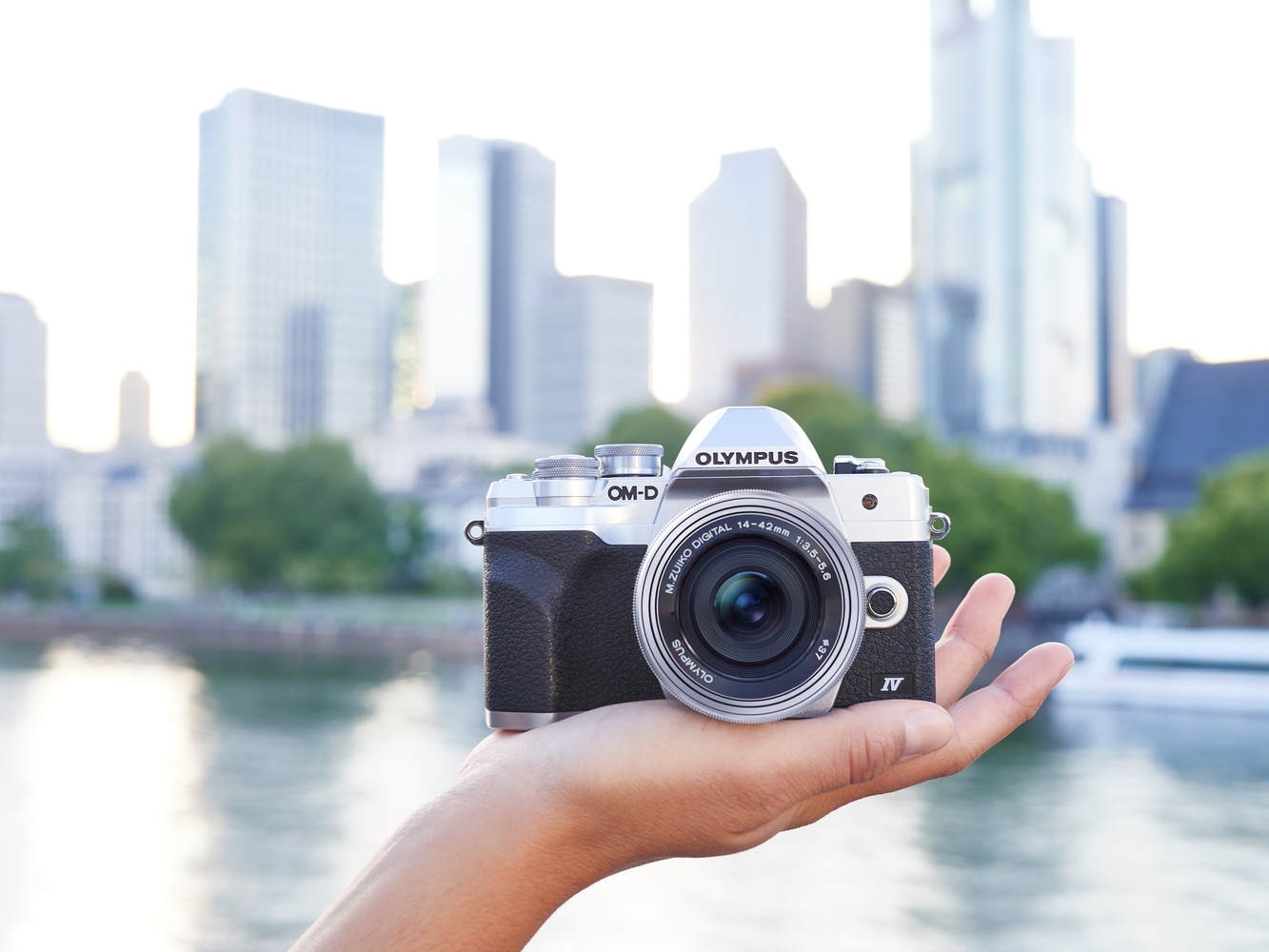 Because Micro Four Thirds have smaller sensors, the camera bodies and lenses are smaller and lighter too. This is great news for those who want to travel with their camera gear. An OM-D E-M1 Mark III weighs just 580 g including the battery and memory card. Add to that the M.Zuiko Digital ED 12-200mm F3.5 6.3 (455 g) lens, which covers a huge focal length range, and you have a versatile kit weighing just over a kilo, or 2.28 lbs.

AI technology in the E-M1 X allows the camera to recognize and focus on and track the eyes of birds as well as a range of vehicles. Further subjects are promised to be added to this function in future updates. 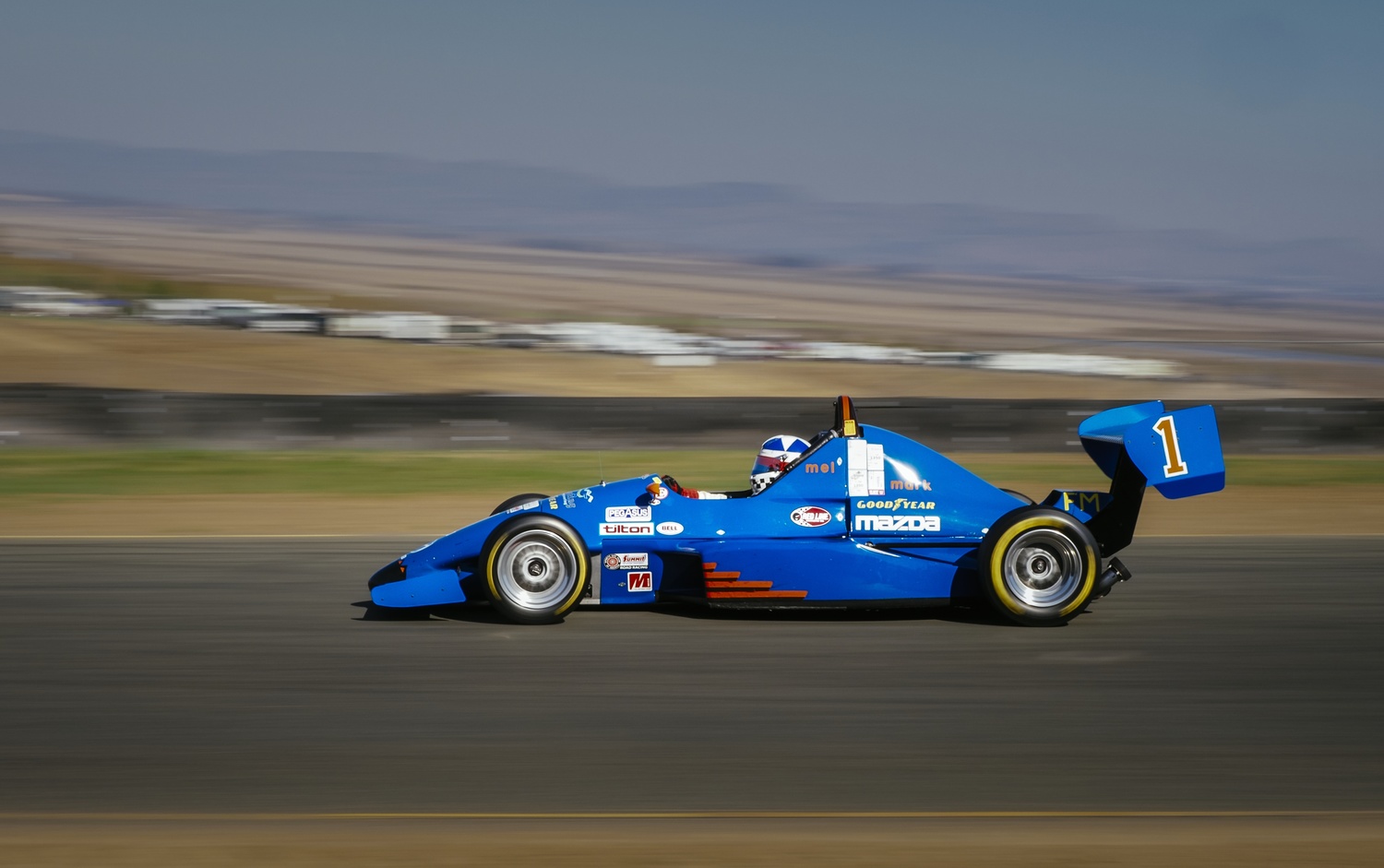 Are there essential, unique features your camera has that sets it apart from other brands? Okay, I know that you will be as dedicated to your brand and format as Olympus users are to theirs. All of the major manufacturers make great cameras, and so, please keep your replies positive and on topic about unique features that you cherish or wish you had.