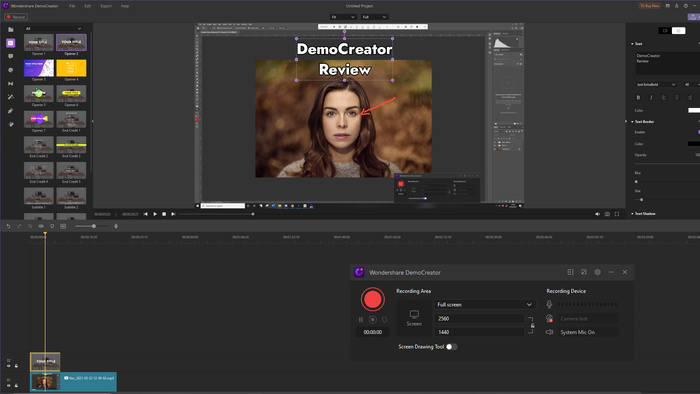 Whether you’re looking to start your own YouTube channel, create a video course, or just capture some of your edits for fun, screen recording software is usually necessary. Wondershare DemoCreator, aims to be the easiest and most complete solution for exactly that.

When Wondershare got in touch asking us to look at some of their software, my ears pricked up at “DemoCreator”. While this is a sponsored post, it will also be an honest one and I have some experience in this area. If you were to look at my online presence, you would likely conclude I don’t have much use for screen capture; I don’t have a YouTube channel and I don’t create online courses personally. However, I have been using screen capture software since around 2004 for various projects, back when Fraps was more or less my only option.

I use this sort of software for several purposes, from recording long image edits and compiling them into time-lapses, to creating instructions and presentations, and that’s just to name a few. I am intimately acquainted with how many problems such a simple piece of software can encounter, and what can hold it back from being truly useful. In this article, I will take a look at DemoCreator — with its built-in video editor — and put it through its paces to see if it’s worth your time.

DemoCreator is software for video capture and creation, primarily focusing on screen capture, but with some added extras. It then has a built-in but basic editing suite. The mission of this product is clear: it wants to make the creation of videos and presentations that require screen capture to be as easy, quick, and straightforward as possible, replacing convoluted workflows.

An easy-to-use way to record your screen.

Capture From a Camera

Record from a built-in webcam or an externally connected camera to add to your videos.

With a keybind, draw or annotate on your video as it records, in real-time.

I am pleased to say Wondershare’s pricing structure for DemoCreator is the best of both worlds. That is, you can buy a subscription for an annual plan for $41.24 per year, currently with 20% off bringing it down to $32.99 per year. However, you can also buy a perpetual license, which is a one-time purchase, for $69.99, currently reduced to $59.99. Both plans offer all recording and editing features, no watermarks, and free tech support. The primary difference between the two plans is what updates for the software you are entitled to. With the subscription you have unlimited free updates, however, with the one-time purchase, you only receive updates for v4.x. So, presumably, once the software moves on to version 5, you will no longer receive updates to your client.

There are concessions for students and educators of 20%, though the discount is currently applied for everyone. Business accounts are also available with discounts for the more users you would like licenses for.

This where many pieces of recording software can fall short of the mark. No matter how easy and effective the editing suite may be, if the recording of your screen causes slow-down, dropped frames, or deafening fans, the software is a write-off in my eyes. So, to get a real reading of how it performs, I wanted to put it through its paces, even beyond what might be expected of it. Firstly, I did the basics: I recorded my screen as I edited an image in Photoshop with full-screen settings and sound capture.

Now, my computer is far from weak (Intel i5-8600K @ 3.60GHz, 32GB RAM, 64-bit OS, GeForce RTX 2060), but regardless, I had no problems at all recording my screen and voice while I edited in Adobe Photoshop while I had my staple 400 Chrome tabs open. The only resource that is affected in any meaningful way is the CPU and the highest it ever spiked to was 24.1%, though usually, it was around 14-15%.

I then tested it again while using Adobe Premiere Pro and the game Battlefield V on high settings and it did not change the impact of DemoCreator’s thirst for resources. I didn’t expect it to, but in the past, recording software has often slowed down your computer by a noticeable degree, so it was worth checking whether it interacted with thirsty software. 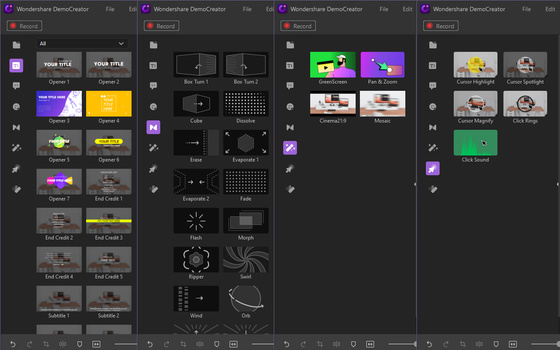 The workflow is undoubtedly smooth and easy, by design. Once you have finished recording, you move straight into the DemoCreator software to make your video. This is a simplistic video editing suite, stripped right down to the barebones, but that’s not meant as a criticism — that’s what they have set out to achieve. You have a number of title and credit sequences, transitions for clips, and even helpful tools for making tutorials like Cursor Magnify. Wondershare has clearly narrowed down who this software is for and honed it specifically for their needs, cutting away excess fat left and right.

The video is created in a timeline exactly as you will have seen in other software, and then once you’ve finished, you can either save the file or export it directly to YouTube. 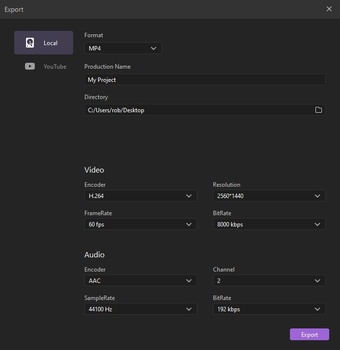 The export setting options — while not Premiere Pro, Vegas, or Da Vinci Resolve — are plentiful. I already know the best export settings for YouTube and I was immediately able to recreate them. Everything is just straightforward and intuitive, which just isn’t common anymore in our industry’s software.

Who Is DemoCreator For?

If you create tutorials for any software and you don’t care for elaborate video editing, Wondershare DemoCreator might be the perfect solution. There are so many photography and videography YouTubers out there creating tutorials where they just speak and record their screen, and I would be shocked if this software didn’t speed up their workflow. While many companies are out there creating software with every bell and whistle they can possibly glue to the client, Wondershare has gone the opposite direction. They have worked out that there is a requirement for quick and easy ways of capturing videos of your screen with voiceovers and performing basic edits on the footage, and they have aimed to solve that problem.

While I don’t have a personal YouTube channel, I have created videos for the platform many times on a multitude of projects. I typically use Playclaw or ShadowPlay to record, then I import it into a cumbersome project file in Premiere Pro, and I get to work cutting it up and editing. If I can sacrifice some of the higher-end videography options, I could cut the time spent making videos by half I would estimate.

To conclude, DemoCreator isn’t glamorous, it isn’t trying to disrupt the post-processing sector, and it doesn’t have a dizzyingly high skill ceiling. Simply put, it isn’t a jack of all trades, it’s a master of one.