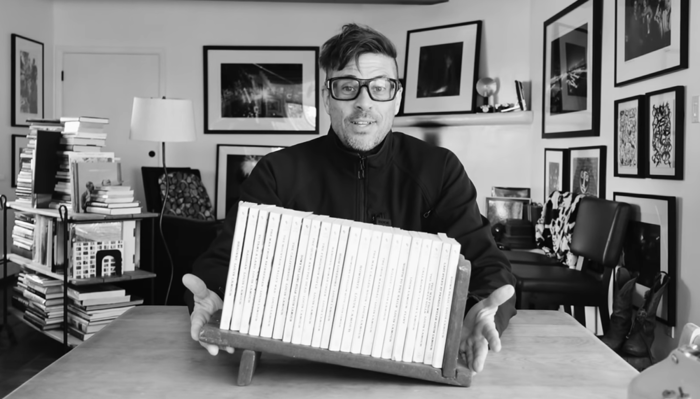 There are many ways in which a photographer can tackle a particular project in order to create a set of images that complement each other. — from color to composition, the list is a long one. This photographer points out some interesting themes which have influenced how he approaches his projects.

Documentary photographer, Daniel Milnor, has been shooting assignments in the US and all over the world since the late 1980s, and often has some great insights into the art of photography which he generously shares on his YouTube channel and in the many interviews he gives. His passion for the art-form is infectious and it also comes across in his clear and insightful videos.

Here, before he begins dissecting one of his favorite photos, Milnor describes how he went from a 24mm shooter to 35mm, and finally to 50mm — often never switching focal lengths on a body, and especially not during a project. His description of how he eventually began to foretell elements coming together in a sort of mystical way is something I can somewhat relate to, albeit maybe not to the same extent as he could.

There are numerous lessons here for any kind of photographer who wants to produce something cohesive. Sticking with one focal length being an obvious one, but really listen to what Milnor has to say in the video and you’ll pick out more nuggets of photographic wisdom.