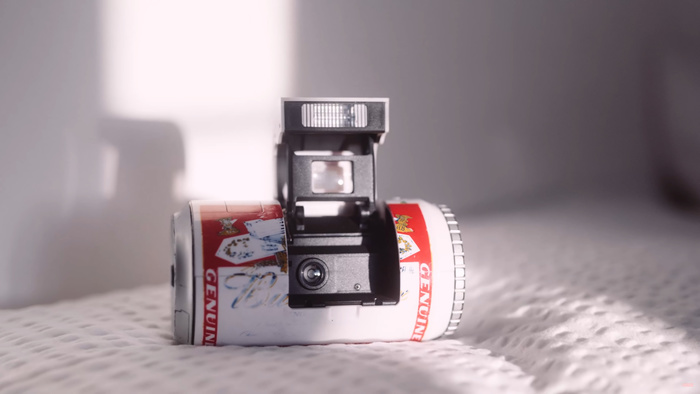 Photography has existed for long enough now that there are some bizarre relics of the craft. This, however, might be one of the most unusual.

It feels as if it’s almost the “cool” thing to say when you declare your love for film photography. With all the quality of life improvements of the digital era, you could be forgiven for wondering why anyone would bother with film ever again. But it has more than just a charm found in items of antiquity. Film cameras often have a form to them that I wholeheartedly adore, which is why I collect them. I cannot walk past a charity shop or antique store without dashing inside to look for cameras, and the camera in this video is a good example of why.

There are just so many interesting film camera creations in photography’s brief history. There have been cameras that are the size of a small van, spy cameras that fit in the palm of your hand, and cameras that mold to every form and function imaginable. If you want somewhere to start for research into this, I’d begin with Minox. They were famous for their bizarre spy cameras which range from “futuristic for its time” through to “simply adorable,” and have become something of a collector’s item.

In this video, brilliant film photographer and enthusiast, NegativeFeedback, shows off his most unique and strange 35mm film camera that has survived the regular cull to eBay of his many cameras. It doesn’t take the highest quality photographs, but I think we can forgive that.

Have you ever owned a strange film camera? Tell us the story in the comments below.