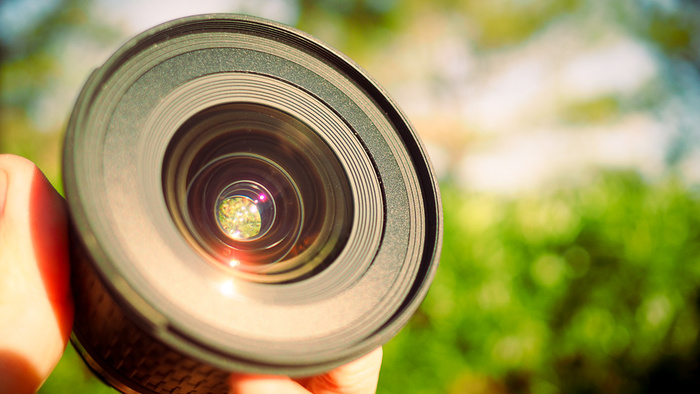 I love used camera gear. Most of the stuff that I find on different second-hand marketplaces looks better than any new gear looks after two months in my possession. Last week, I described how I check used camera bodies, today I’ll take a look at the examination of a used lens.

Camera lenses have no date of expiry. Even models from a few decades ago can deliver amazing images. If it works, it works. Many older lenses are made of very durable material and might last longer than currently produced lenses. On the other hand, some lenses’ days are numbered. For that reason, I usually use three steps to check a used lens:  Look, feel, and try.

Look: The Optical Review of a Camera Lens

To get a proper idea about the condition of a lens, you need to look at it from the outside as well as from the inside. 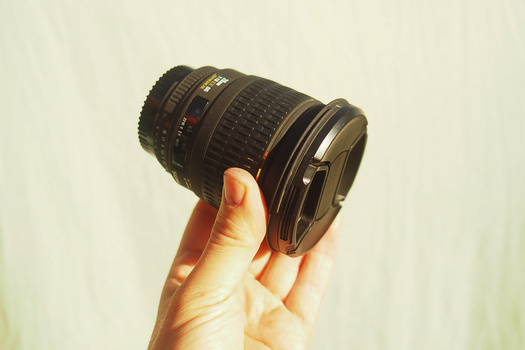 The first thing you will recognize is the overall appearance of a lens. A worn-out lens isn’t necessary a bad thing. Smaller scratches on the surface and a faded coating won’t harm your images. Yet, bigger scratches or even dents are often a sign of heavy usage. That’s not a reason to politely leave the seller but rather a reason for caution. A lens that has been dropped might have some problems regarding its functionality. As a clumsy person, I have dropped some of my lenses a few times and luckily never faced problems. But I’m also a lucky person at times.

After getting a good idea about the overall condition of a lens, it’s time to look at the details. At first, I’d recommend you look at the mount. The mount shouldn’t be too scratched, and all of its contacts should be clean. They are responsible for the communication between your camera and your lens. In no way should the mount be bent. Screwing a defective mount to a camera can severely affect the camera’s lens mount as well.

On the other end of the lens you will often find the filter thread. Some cheap filters can get stuck on your lens and it’s hard to remove them. It can even happen with high-quality filters as well, but from my experience, it’s a matter of price. When people try to remove the filter with force, they might destroy the thread of the lens. Check if you can see any signs of mistreatment. The coating might be scratched, or you find some small dents in the filter thread. If you own a filter of the size of the lens, bring it and try to mount it. It should be easy to fix and remove it.

Take a Look Inside the Lens

The best moment is when you investigate the inside of the lens. It feels so professional even if you don’t know what you’re doing. Hold the lens against a light source like a window and find the little switch which will open the aperture. It’s most fun when you do it in front of people who don’t have a good idea about photography gear.

Opening the aperture will enable you to see the inside of a camera lens. A camera lens actually consists of one or more lens groups inside of it. These groups will move according to your focal distance and the focus adjustments. When there is movement, there are also tiny leaks that might let little dust spots in. If you can’t find any dust in a used wide-angle zoom lens, it will rarely have left the shelf. Prime lenses with a longer focal distance might be less affected, too.

For most used lenses, dust is normal. Small spots between the lens’s elements don’t affect the overall image quality. Only a lot of dust or bigger matter like hair or dirt can become an issue.

Then, there is fungus: Everyone talks about it, but I’ve never seen it (I told you I’m sometimes lucky.) As far as I know, fungus appears as a white structure on the glass. It can look like a cobweb or ice crystals. In the beginning, fungus is hard to identify. In its later state, it will affect the photographs and can even spread to other lenses in your bag.

The Most Obvious Faults: Scratches on the Glass

But what about the more obvious things like scratches? Again, it depends on the intensity. A few very small scratches on the front lens are usually not a big issue. Even bigger scratches won’t be easily detectable in a final image. With small apertures they can become visible as spots, but a lot needs to happen to the front element to make the lens useless. Lenses with small scratches give you a chance to make claims for a cut in price.

Does the Lens Feel Right or Heavily Used?

A lens which spend most of its time locked in the shelf will have the same feeling as a brand new one. The focus ring and the zoom ring should run smoothly.  When you turn them from one end to the other, also listen carefully. When there is a scratchy sound within the lens, it might be sand or other matter.

Also check the rubbers for their movability. Loose rubbers on the rings are common weaknesses of heavily used lenses. Another problem with older lenses are “falling zooms.” When you turn the lens upside down, the front piece will come out, because the mechanisms are a little worn. It doesn’t affect the quality of the image or the functionality of the zoom, but it’s quite annoying when you carry your camera around.

No matter what the outcome of your examination be, the lens needs to work. Mount it to your camera and shoot away them pictures. Sharpness is hard to judge when you’re under time pressure and can’t review the photographs on a laptop, so you should rather focus on regular functionality. Sharpness is always a factor of uncertainty when buying a lens – even a new one.

Front Focus and Back Focus

Search for a small, nearby object, which you can photograph. Set the auto focus to single point, focus on the object, take a picture and review it. Is the selected focus point really the sharpest? Or is it the area in front or behind the object. Take more than one test shot from different distances to foreclose human failure.

Front- and backfocus can be corrected in your camera to some extent. In some cases, you need to get the lens adjusted by an expert. That’s expensive. And often, it’s not worth it.

Don’t Forget About the Seller

Even if you never bought a used lens before and you’re new to photography, you could get a good idea about the lens by checking out the seller. I never bought a camera, lens, gimbal, microphone, car, or board game without asking the simplest question: “Why do you want to get rid of it?”

Until now, I never made a bad experience on location. Whenever I went to check a lens in person, there were three different stories told: “I’m not into photography anymore” (this 20mm Sigma lens), “I prefer to use a zoom” (my M.Zuiko 45mm lens and my M.Zuiko 17mm lens), or “I switched systems” (my 24-70mm Tamron lens).

Ask for details about the new system or why people don’t like to do photography anymore, if you’re still suspicious. 99 percent of people don’t want to rip you off, but the one percent of imposters will cost you a lot of money.

Do you have any more tips or your own stories about good and bad deals with used gear? Let me know about them in the comments.