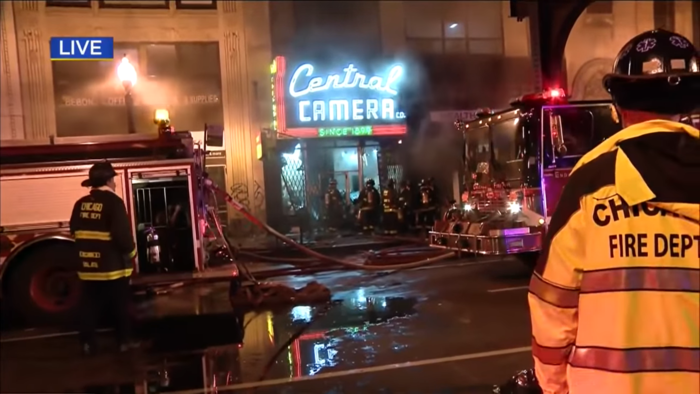 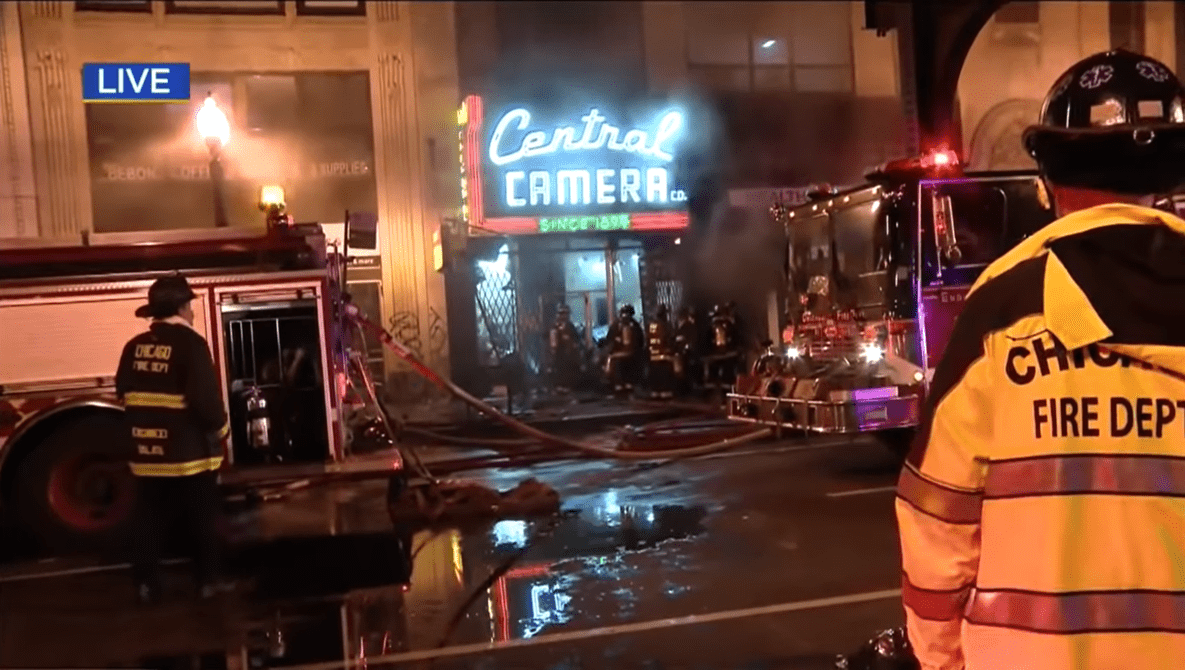 Last night, amid a tense evening in Chicago, just as a city-wide curfew was declared, Central Camera, a well-known and loved small business, filled with smoke and flames.

Central Camera is the oldest and one of the last remaining brick and mortar camera stores in the Chicagoland area. Originally opened in 1899 by Albert Flesch, a Hungarian immigrant, the store has remained a family-owned business for the past 121 years. The current owner, Albert Flesch’s grandson, Albert “Don” Flesch, received an alert from his security company that a break-in had occurred. He arrived on the scene just before the fire began, as the store was still being looted. Don remained outside watching the fire engulf his family’s three-generation business, but as firetrucks and news crews arrived, he remained calm and positive, determined to rebuild.

This morning a GoFundMe campaign was set up to help repair the structure of the store and ultimately reopen. The campaign’s page included this statement from Flesch and Central Camera:

On the night of May 30th into early morning May 31st, Central Camera Company, Chicago’s oldest camera store, was destroyed and burned. We are still surveying the area to see if we can recover any assets, but at this time it looks like 100% destruction. All funds raised on this page will go towards the restoration and reopening of our 121 year old iconic camera store. We thank you all for your donations and kind messages. As our owner Don said, “we’re going to rebuild it and make it just as good or better.” Although this is a tough time for the store, it doesn’t compare to the loss of George Floyd’s life and the countless other Black lives lost. We stand with the African American community in solidarity.

In his interview with CBS Chicago, Don Flesch proudly produced an antique camera from his inner coat pocket — a souvenir that he had salvaged from the front window as the Chicago Fire Department finished extinguishing the flames. The camera was the first that his grandfather had ever sold. Flesch, with a smile on his face, held the camera, saying: ”history is the most important part of yesterday.”

Within the first hour of the GoFundMe Campaign, over $14,000 had already been raised.