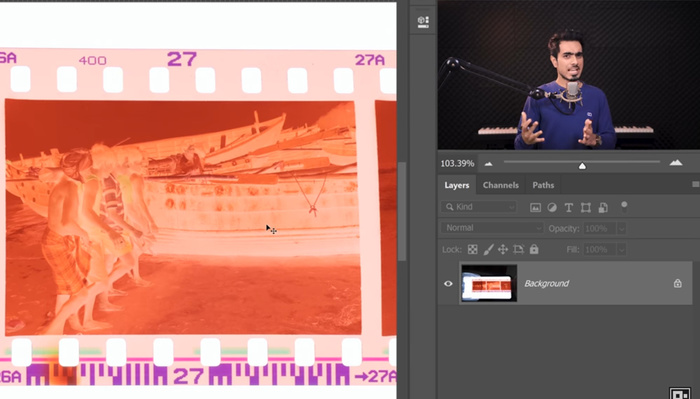 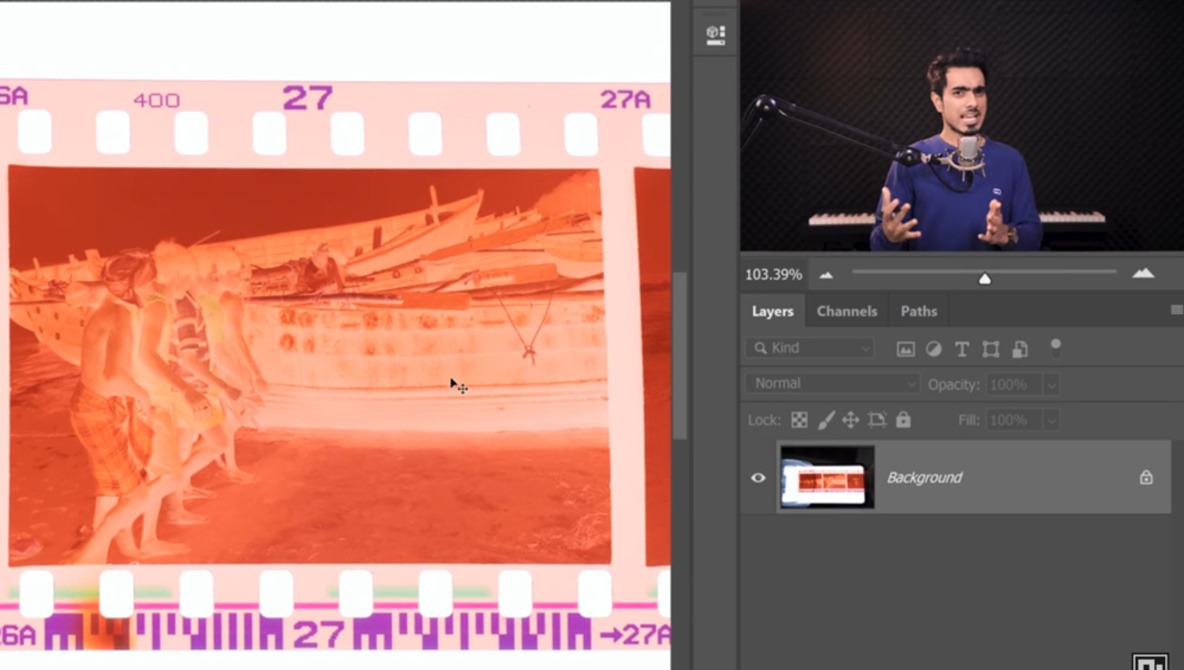 Getting film developed is expensive, and depending on where you send it, it can take more than a few days. If you find yourself with some old negative film strips and you’re wondering how they would look today, check out this fun tutorial for developing them in Photoshop.

Coming to you from the prolific YouTube Photoshop educator Unmesh Dinda of PiXimperfect is this video describing a rather clever little trick for “developing” a piece of negative film if you don’t have access to a decent scanner. Okay, so it’s technically not film developing, as it’s taking a digital image of a negative; thus, you won’t even get half the amount of detail from the film with this method, because you’re limited to the resolution of the camera. Also, interpolating film resolution to pixels is not a straightforward process.

But we don’t have the time to send film away to be processed, nor do we have the money to invest in a high-resolution scanner — like this amazing film scanner on sale at B&H with a saving of $70; so, we need to make do with our phones and a bit of Photoshop wizardry. Even if you don’t get near the same results as you would from a proper developer, it’s still a fun way to digitize some old family photos and learn a new processing trick in Photoshop.

I know that I’m going to be giving this a go later. Has anyone else tried this?