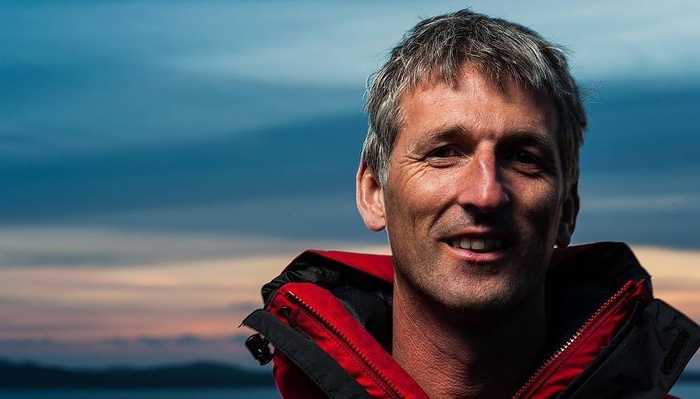 Mention off-camera flash and people often think about C-stands, flash heads, large octaboxes, and V-flats. Hardly what you would call portable. So how do go about assembling one?

Off-camera flash techniques are seen as a bit of a dark art in photography. The Darth Vader to your Luke Skywalker of beautifully soft golden hour natural light. Part of the reason for this is that we can see natural light and the effects of moving both the camera and subject relative to our light source. We simply wander around until we get something that we like. With strobes, by definition, we have a flashing light: short duration, but high intensity. Therein lies the problem as we can’t see how our photo will look until after we’ve taken it. Gaining proficiency in using strobes requires patience and laborious practice.

Two new technologies are changing the way we work, or rather don’t work, with strobes. Firstly, the high quantum efficiency (aka high ISO performance) of new sensors allows us to shoot in incredibly low light. Secondly, the development of continuous light, low power, LEDs is becoming transformational. However we’re not there yet and, until that time, strobes remain the most powerful, portable, and cost effective method for artificial light.

Portable is perhaps a strange word to use when you think of large studio setups, however at their simplest strobes (or speedlites) are simply flashguns. The ubiquitous strobe is a svelte 20x8x5cm, weighing in at 350g, and coming with variable power, a rotating multi-angle head, diffuser, and bounce card. It’s the Swiss-army knife of artificial light and eminently flexible. 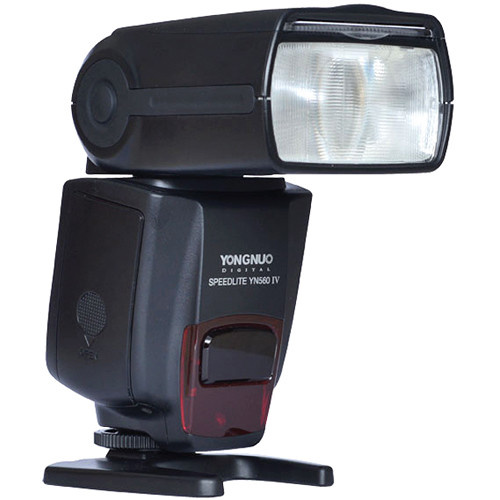 How then, do we make a fully functioning, flexible, portable, lighting kit? The starting point is of course the flashgun with options ranging from Canon’s 470EX-AI through to low cost alternatives from manufacturers such as Yongnuo (which I’m familiar with). In addition to the features mentioned above, other options include TTL Metering, high speed sync (HSS), and a radio transceiver. All of which are useful to have and, indeed, are available in most brands at most pricing levels. Starting simple, the Yongnuo YN560III will give you a manual flash for $55. Step up to the Canon EX600 for ~$600 and you get those extra features thrown in. There are many other brands out there (Metz, Phottix, Hahnel), so pay your money and take your choice. It’s a good example of how low-cost Chinese manufacturers can deliver perfectly functional hardware at low cost. A great starting point, particularly if you get in to multi-strobe setups.

With a flashgun selected, the next step is to move it off-camera which means some way of “remotely” connecting to it. Traditionally, a cable with hot-shoe connectors can be used to move a flash away from the camera. This has largely been superseded by radio triggers, although there is still a place for cable operation (more on that later). The benefit of the Yongnuo YN560III is that it has a built-in radio transceiver, meaning you only need a fit a remote trigger to your camera in the form of the diminutive RF603.

The final jigsaw in our portable studio puzzle is diffusion for our strobe. As a bright point light source, it is harsh and unflattering, so we need some way of diffusing it. This is most easily achieved by using something in the environment already, such as a white ceiling or wall. By pointing the flash head at this you can bounce the light back on to your subject, so diffusing it. In the absence of natural diffusers you will need to provide your own and manufacturers have not been shy in producing a veritable cornucopia of choice when it comes to portability. The two stalwarts of any home studio are the softbox and shoot-through umbrella. Both are available as portable units in a range of sizes.

The softness of light is primarily controlled by the size of the light source relative to the subject. Whilst the sun is big, it is also a very long way away meaning the light is harsh. Conversely, the bigger your diffuser and the closer your strobe, the softer your light. This is a good basis on which to choose a diffuser. For example, dome diffusers will have a limited effect because they are so small. 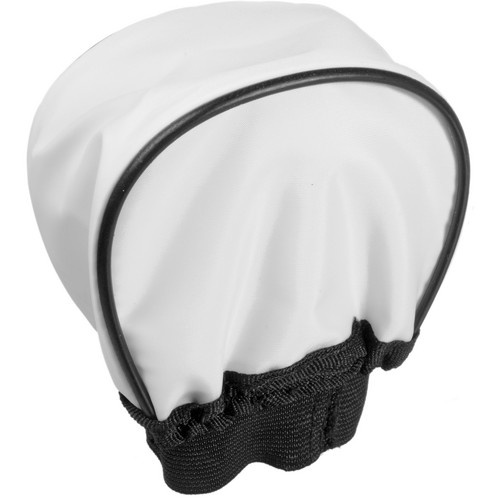 Contrast this to the Lastolite Ezybox Speedlite and Rogue Flashbender both of which offer small, flat packing, diffusion reflectors. They are much bigger than the domes, but nowhere near as large as a studio softbox, however if you get in tight for a headshot then they can be soft, as Sesame Street’s Bart shows below. Where you have a little more space (and it’s not going to be windy!), then you will get good light from a packable shoot through umbrella. I currently use a telescoping 33″ Phottix shoot through umbrella although other manufacturers offer similar options. 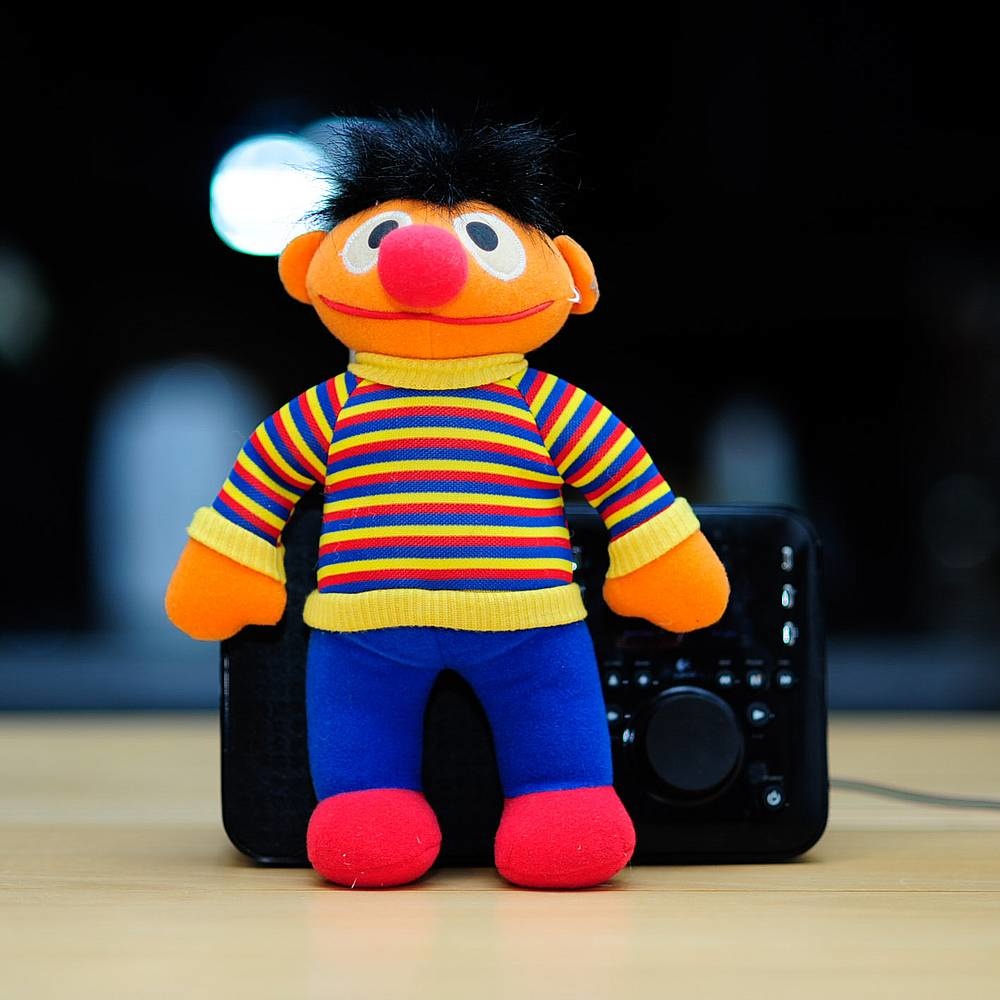 Earlier on I said I would return to the hot-shoe connector cable. These can be important when shooting at high shutter speeds (during daylight) as the latency of the radio triggers can lead to synchronization problems. Interchangeable lens cameras almost entirely use focal plane shutters which limit your sync speed to somewhere in the region of 1/200s. This isn’t fast and the common solution is to use high speed sync. However if you switch to a camera with a leaf shutter then it is able to sync at much higher shutter speeds. This nicely ties back in to portable systems as fixed lens cameras (like the Sony RX100M2, Fuji X100F and Ricoh GRII) all use integrated leaf shutters. As long as they have a hot shoe then you can remotely trigger your flash.

All of this means that a travel portrait kit with external flash can be compact. Very compact. The leaf-shutter sporting Sony RX100MII has a hot shoe, which means I can get the a flash off-camera using a suitable cable (in this instance a Yongnuo OC-E3). At the ultra-small end of the speedlite spectrum is the Meike MK320 with an optimistic guide number of 32 and TTL metering.

To read more about off-camera lighting David Hobby, aka The Strobist, hosts the excellent Lighting 101, 102 and 103 courses which make for brilliant, well informed, reading going from first principles using the simplest of kit. Do you have any recommendations for ultra portable lighting kit?