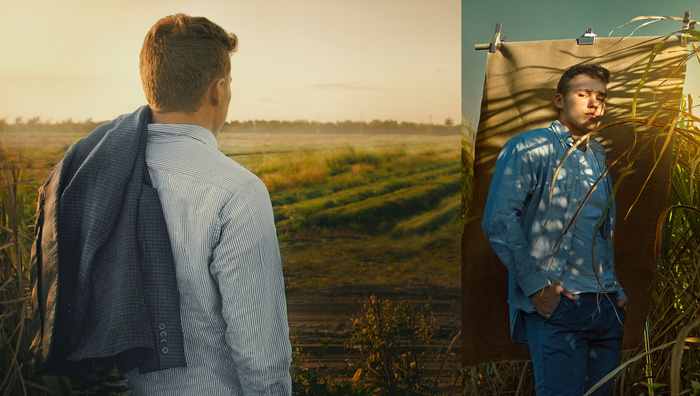 When you see an incredible location in images, often our gut reaction is, that it must be Photoshopped or that you need to go to an epic location to get great shots. In this article, see how I shot these cinematic portraits on the side of a road in my area by using just one camera and one lens. No fancy lighting or Photoshop.

A few weeks ago, in my class at college, the prompt was to shoot a series of portraits and had five weeks to do so. When I heard the prompt, I immediately resorted to my go-to setup, which is shooting portraits in a very controlled studio environment. For the first few shoots I did, I setup in my home living room studio and cycled through my signature lighting setups. I was thrilled with the results, but when I sent them to my professor to critique, his reaction was a bit underwhelming at first. He told me that they are simply average, the lighting was fine, but I was still stuck in my comfort zone. He encouraged me to go out into the environment, and lose control of my lighting and background, and rather be more willing to accept what the environment was bringing to the scene. On my way home from class one day, nestled in the middle of a residential development, and a fire station, I spotted this corn field out of the corner of my eye and instantly knew I should do a shoot there. So, the next week, I called up a friend whose never modeled before, grabbed one camera and one lens, and set out to create a set of work that was out of my comfort zone.

Since the goal was to loosen up my style, and get out of my comfort zone, I left all my fancy lighting toys behind and only brought the essentials: one camera, and one lens. My choice of camera and lens for this shoot were the Canon 5D Mark III and Sigma 35mm f/1.4. By using this simple camera and lens combination, it allowed me to focus on the composition and expressions of the model and forced me to constantly move around the scene to create interesting composition and angles. When using a prime lens, what you see is what you get. If you want more of the scene in frame you move back, and if you want less, you move your body close. Another point to note, is that since I wanted to stay light, I shot all of the pictures handheld, and left my tripod and tether station at home.

Since I shot the entire series of pictures without the use of a tripod, the foundation for my camera settings became contingent on that factor. I knew since I was shooting handheld, I would need a high enough shutter speed to eliminate any camera shake. So I set my shutter speed to 1/500th. The next thing I needed to think about what my aperture. As for personal taste, when I shoot any scene, I like to keep everything in focus to maintain the realism of what I saw in real life. With that in mind, I pumped up my aperture to f/8. By raising my aperture, it also helped cut down my ambient light to give me a more balanced exposure. The last thing I had to dial in was my ISO. Since I was already losing a significant amount of light from the high aperture and the high shutter speed (which I opted to keep consistent), to compensate for the constantly changing natural light, my ISO was the one factor that changed. I started with a low ISO of 250 but as the sun continued to go down, I raised it to ISO 1000.

When approaching the lighting for this set of images, the ever-changing natural golden hour light was something I had to quickly adapt to. Since I wasn’t in my comfortable living room and in control of every aspect of the lighting in my images, I was at the discretion of mother nature and how she wanted the lighting to fall on the scene. This idea was both terrifying and inspiring at the same time. As opposed to shooting in studio, every time my model tilted his head, the light changed. Since I was shooting through blades of grass, the way the light traveled through it, created interesting and unpredictable shadows across my subject. This loss of control is something I hadn’t experienced since the beginning of my career four years ago, and I’ll be honest, despite being hesitant to my professors suggestion, I legitimately enjoyed it. The excitement of the unknown was the factor that propelled the shoot forward and help contribute to the end results.

In order to account for the sporadic beautiful light, and to be able to truly “see” how it affected the scene, I switched my camera into monochrome mode. The notion of switching my camera into Monochrome mode when shooting during golden hour may seem counter intuitive, but doing this allowed me to see my scene in highlights, mid-tones, and shadows. I didn’t have to spend the limited time we had focusing on the particular nuances of color, which ultimately I could change later if I wanted,  but rather focus on the overall quality of light and how it spilled over the scene. At the end of the day, black and white is just a rendering of color. Since I was shooting in raw, when I imported my images into Capture 1, it automatically converts it back to color, so there’s no reason to not shoot in monochrome mode. If you want a black and white and color version, simply change your settings to raw and JPEG to give you maximum control in the editing process. 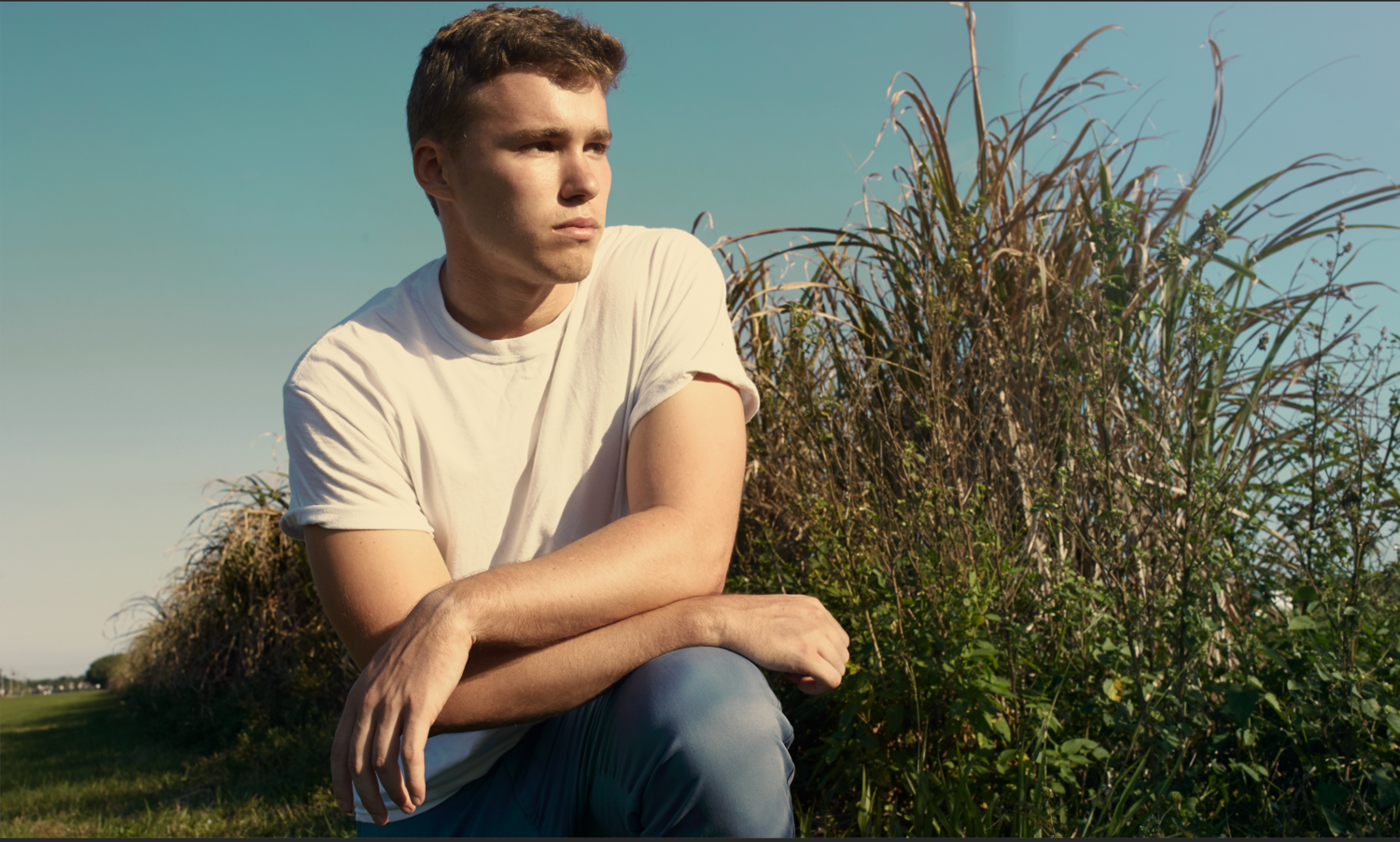 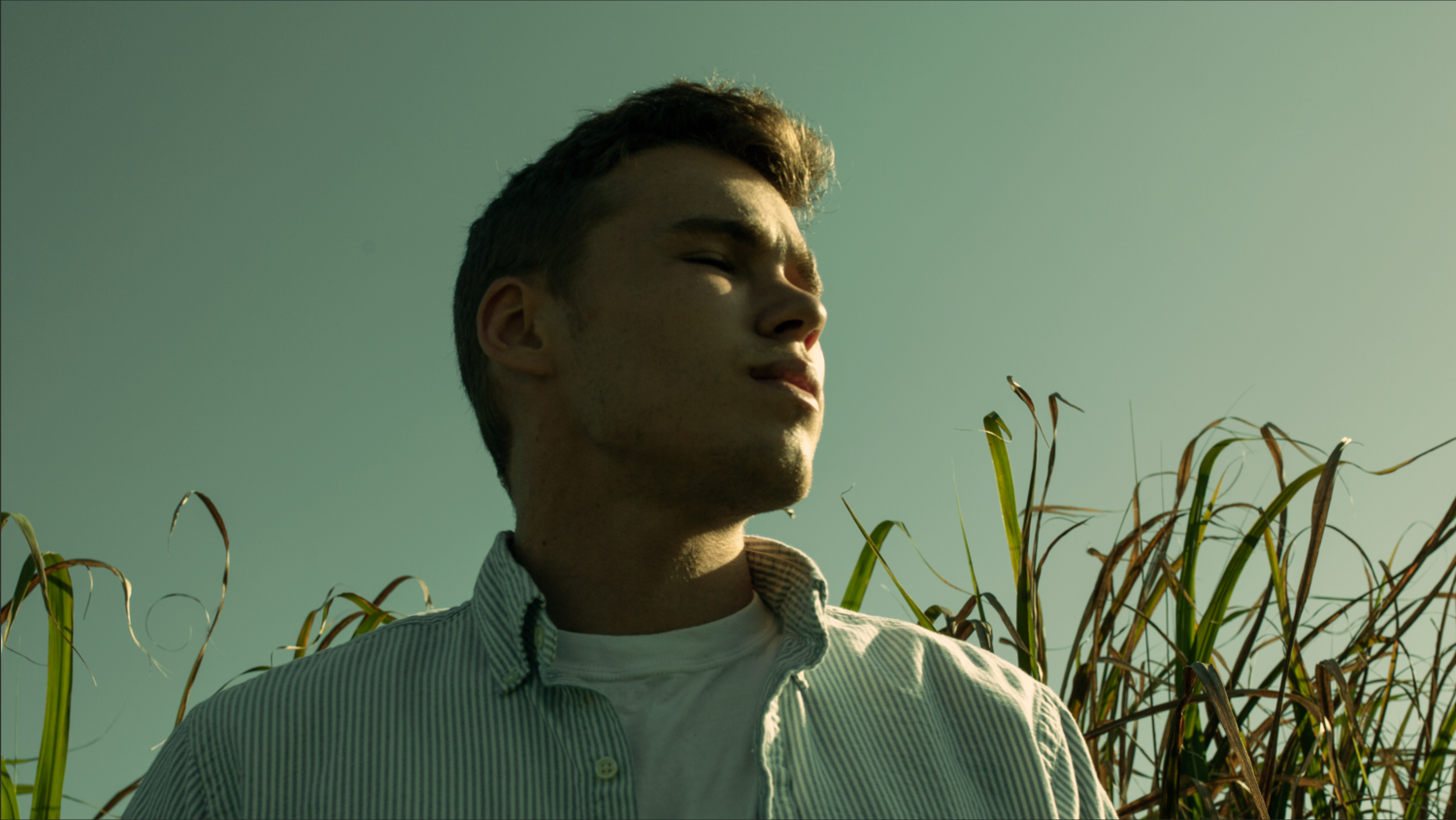 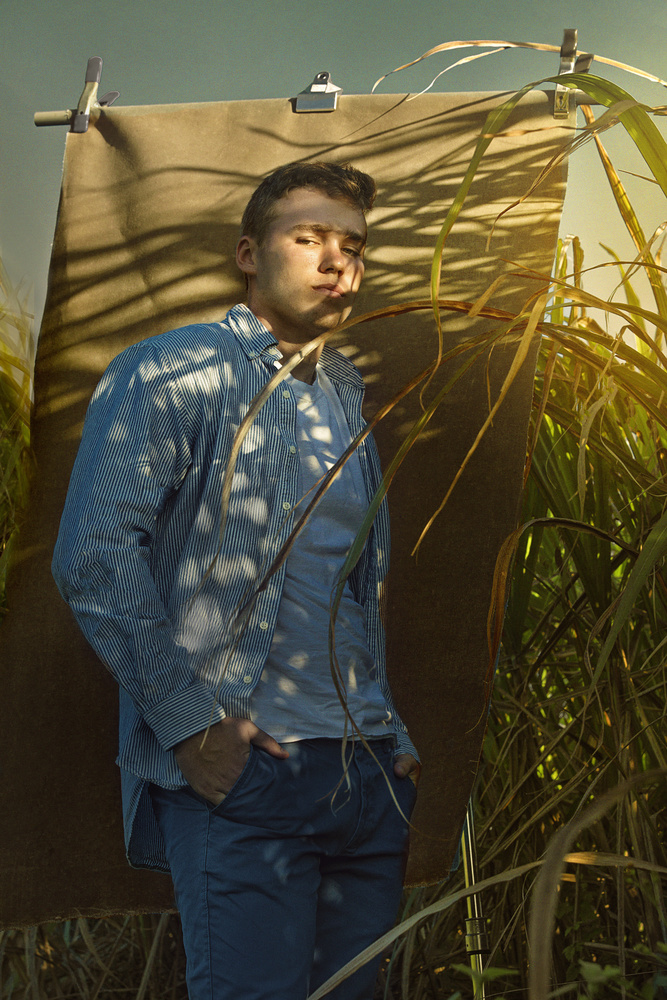 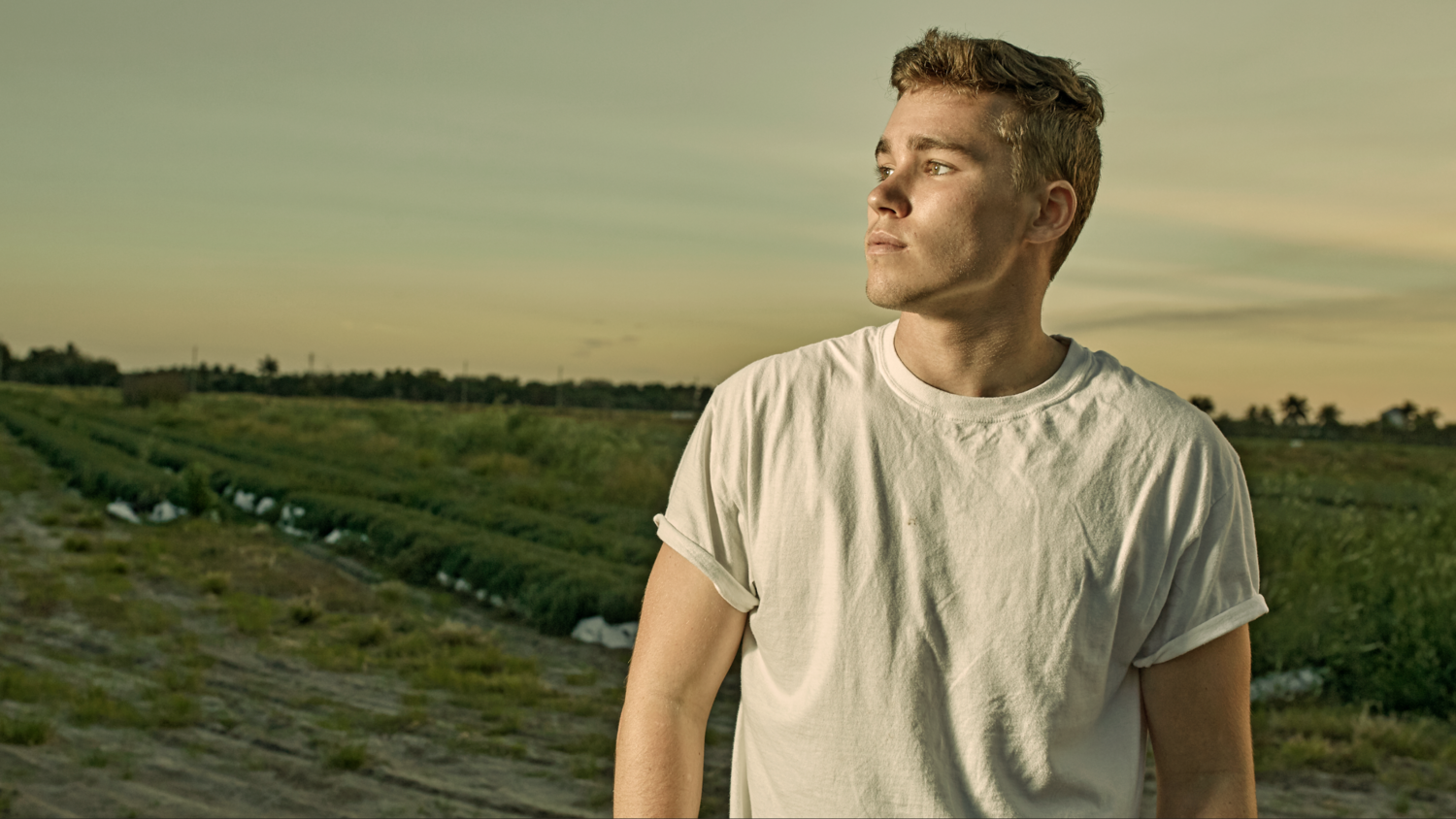 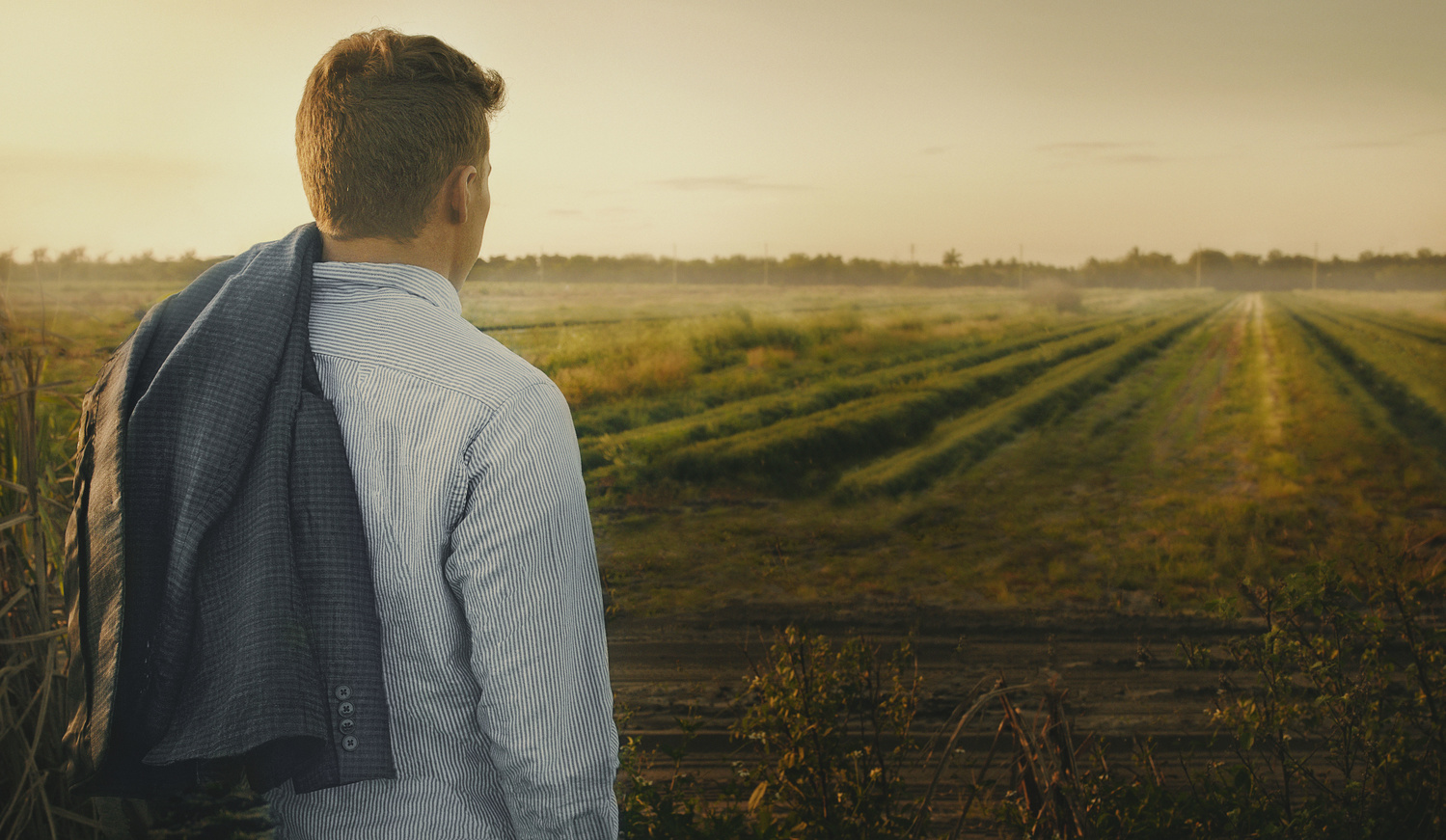 When I got back home from this shoot and looked at the images, I had an overwhelming feeling of excitement and satisfaction that I hadn’t felt in a long time. By listening to my professor and getting out of my comfort zone, I realized that is so easy as artists to get into a particular way of doing things and we become reluctant to breaking free of those boundaries that we created. But, the instant you let go, and just go out and lose control, you’d be amazed at the things you are able to create. So the next time you’re feeling uninspired, set out to do something that is out of your comfort zone, and I assure you will walk away re-inspired and excited to create more innovative work.

Do you have any photographs that you tried something new? Leave them in the comments below!