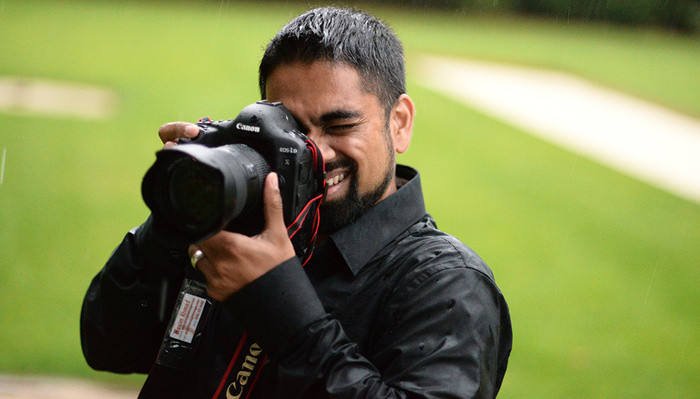 I’ve had a long flirtation with mirrorless cameras of all stripes, from the earliest Panasonic to Fujifilm to Olympus. I’m usually quite happy with and shoot them all frequently, but at the end of the day, it’s always a full-frame DSLR that reminds me why none of those have ever become my main squeeze.

As a practical matter after an injury, I’ve been using more of my Micro Four Thirds gear than I have in recent times. While I would frequently use the system for traveling, I’ve started to pull it out more for family portraits and photos of the kids than I would have in the past, where I’d carry a Nikon D750 or Canon EOS 6D. Recently, I decided to put my current daily driver, the Olympus OM-D E-M10 Mark II against the D750 on a portrait shoot of my daughter just to remind myself of what I was missing. Boy, was I missing a lot.

The Olympus was sporting the better of the two lenses, the M.Zuiko Digital ED 75mm f/1.8 lens while the Nikon sported the more pedestrian AF-S NIKKOR 85mm f/1.8G lens. I can already hear the screams about the lack of scientific rigor, but hear me out.

When you view everything at web size, it’s easy to miss the differences in the images produced by a smaller sensor camera versus a larger one, but when you enlarge them or look at them on a big screen, it’s pretty obvious. Just take a look below at these 100 percent crops of a portrait I shot of my daughter.

The smaller-format mirrorless looks hideous in comparison. OK, here’s where it gets less scientific. The Olympus is shooting at ISO 800 under natural light while the D750 was using SB-700 Speedlights with Nikon’s Creative Lighting System built into the camera, all at ISO 200. Of course the full-frame looks better. It’s using a lower ISO and lighting gear.

That’s part of the point, though. While Olympus is just getting on the wireless bandwagon with it’s still-on-preorder FL-700WR Flash and FC-WR Commander unit, Nikon and Canon have had this down for years with optical triggering and subsequent radio systems. Sure, there are third-party brands like Godox picking up the slack, but compatibility and TTL features work better with a native brand, or at least my experience with Olympus-Godox seems to be the case compared to Canon-Canon or Nikon-Nikon.

If I start to push this much on the Olympus, I’ll get horrible banding and color shifts. The APS-C Fuji is more tolerant than a Micro Four Thirds camera, but the D750 shows both of these sensors who’s boss.

Then there’s the lens selection. Canon and Nikon have had full-frame glass available for years for DSLR systems. Some like the venerable 70-200mm f/2.8 IS lens are on their third iteration. While Olympus and Panasonic offer interesting f/2.8 options, in a smaller format such as Micro Four Thirds, a little faster than f/2.8 is needed if we’re talking about pro zooms because pushing past ISO 800 gets dicey. My Fujifilm X-T1 can go a little higher but even still, a full frame is going to beat it for a cleaner image. Canon is forging ahead with even faster than f/2.8 zooms on full frame, which is crazy, but promising.

So at this point some will say I’m comparing older cameras to a D750, but it should be pointed out that the cameras I’ve talked about so far — The Olympus OM-D EM10 Mark II, the Fujifilm X-T1, and the Nikon D750 — all came out in 2014, and two are still current models in each manufacturer’s lineup. So, science.

Full-frame mirrorless would seem like the logical answer here, but there are still some pitfalls. From a sheer image quality perspective, things are great on the Sony side. But after two weeks with an a7 II (when it was new) and the a7S II (still a current camera), it’s clear that the system was designed by engineers and not photographers. While feel is often subjective, I haven’t heard anyone talk about how the squared off edges of the cameras feel great in their hands, or how awesome the menu system is to use on a daily basis (I found it to be insane, and I’m an Olympus shooter, a brand known for labyrinthine menus).

I have heard of people coming back to the tried-and-true formula of more experienced camera makers such as Canon or Nikon. It makes sense in actual, real-world usage. A Canon EOS 5D Mark IV is essentially the same in practice as its D30 ancestor, which was similar to the film models before it. The design hasn’t changed because it was perfected years ago.

And more to the point, so is autofocus. The 51-point system on the Nikon D750, itself a variant of the older D3 autofocus, almost never misses, and in my seat time with the 153-point system in the D500, such is the case there only more so. The current systems on the Canon EOS-1D X Mark II and 5D Mark IV offer similar capability.

In contrast, the continuous autofocus of the Sony a7R II (the contemporary of the 5D Mark IV) in controlled head-to-head tests I performed against Canon showed an impressive amounts of green boxes flying across the viewfinder, but little actual focus going on. That may have changed with the a9 and a7R III, but the fact remains that Canon and Nikon DSLR systems have already been there for years. They just get out of the way and work.

What Do You Think?

I love my mirrorless systems. Especially when it comes to the tactile feel of my Fuji, or the quality lenses available on many mirrorless systems, but at the end of the day, whenever I pick up a trusted tool in one of my full-frame DSLRs, I’m reminded of why I went that route in the first place.

Now if someone could just stuff the innards of a D5 or 5D Mark IV into a body the size of an SL2, with some advanced computational imaging tech from a Pixel 3, I’d stop hemming and hawing about DSLR size and mirrorless flirtations.

What are your thoughts? Can smaller-format mirrorless cameras truly replace full-frame DSLRs?

Lead image by Sam Levitan and used with permission.