Pete Mauney has been interested in observing the dizzying patterns of planes at night since high school. As a teenager the photographer would watch airplanes has they circled Manhattan, imagining their trajectories and how they might intersect. His first experience with night imaging however, came several decades later while photographing fireflies. As he practiced and improved his techniques for long exposure and editing, he realized he could make similar images of the swarms of airplanes that were circling his city, rather than backyard.

“Like the fireflies, airplanes are highly engineered systems that do the same thing reliably over and over again,” Mauney tells Colossal. “The chaos and form in the images come from them not happening in the same spot, but maybe a bit more over there, introducing difference. Each image is a mystery and I find the reveal moment about as magical as one can get within the otherwise non-magical world of digital photography.”

His photographs capture the streaks of light that blaze across the night sky when slowed down during a long exposure, showcasing prismatic flashes combined with starscapes and positioned above calm environments. Mauney will have an upcoming solo exhibition at the Kleinert/James Center for the Arts (Woodstock Byrdcliffe Guild) in Woodstock, New York from July 5, 2019 to August 18, 2019. You can see more of Mauney’s images, of both flying planes and darting insects, on his website and Instagram. (via Kottke) 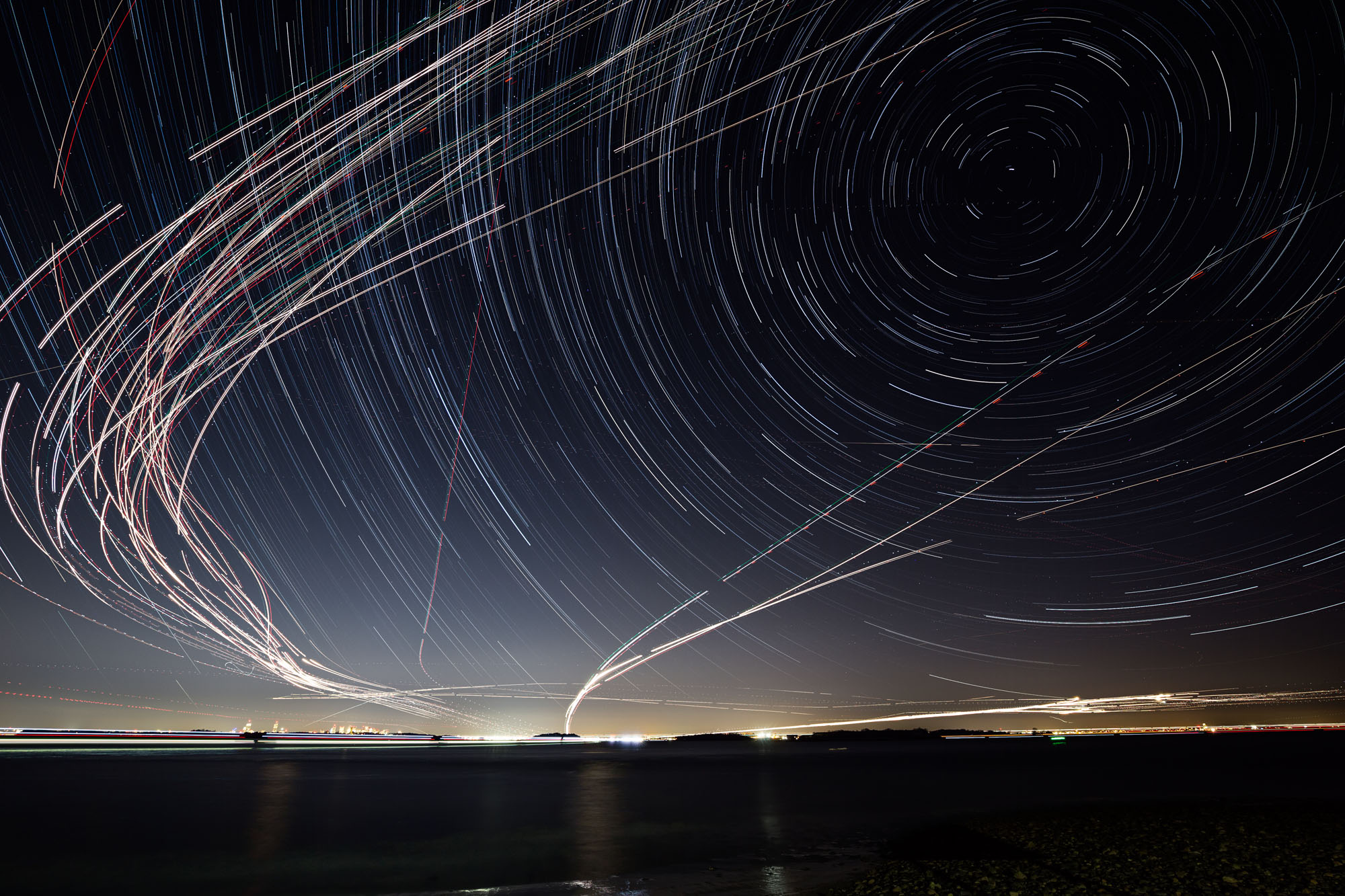 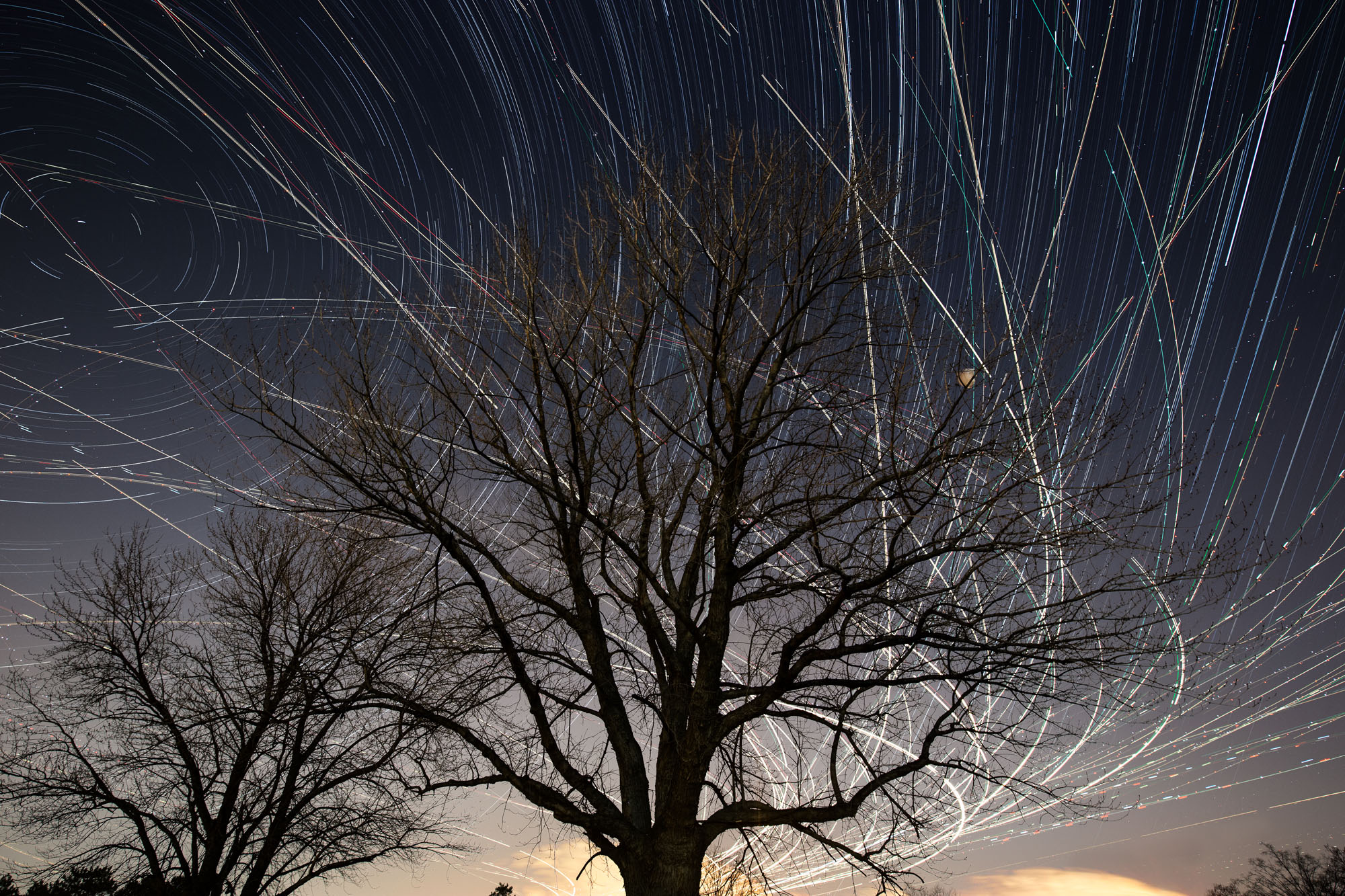 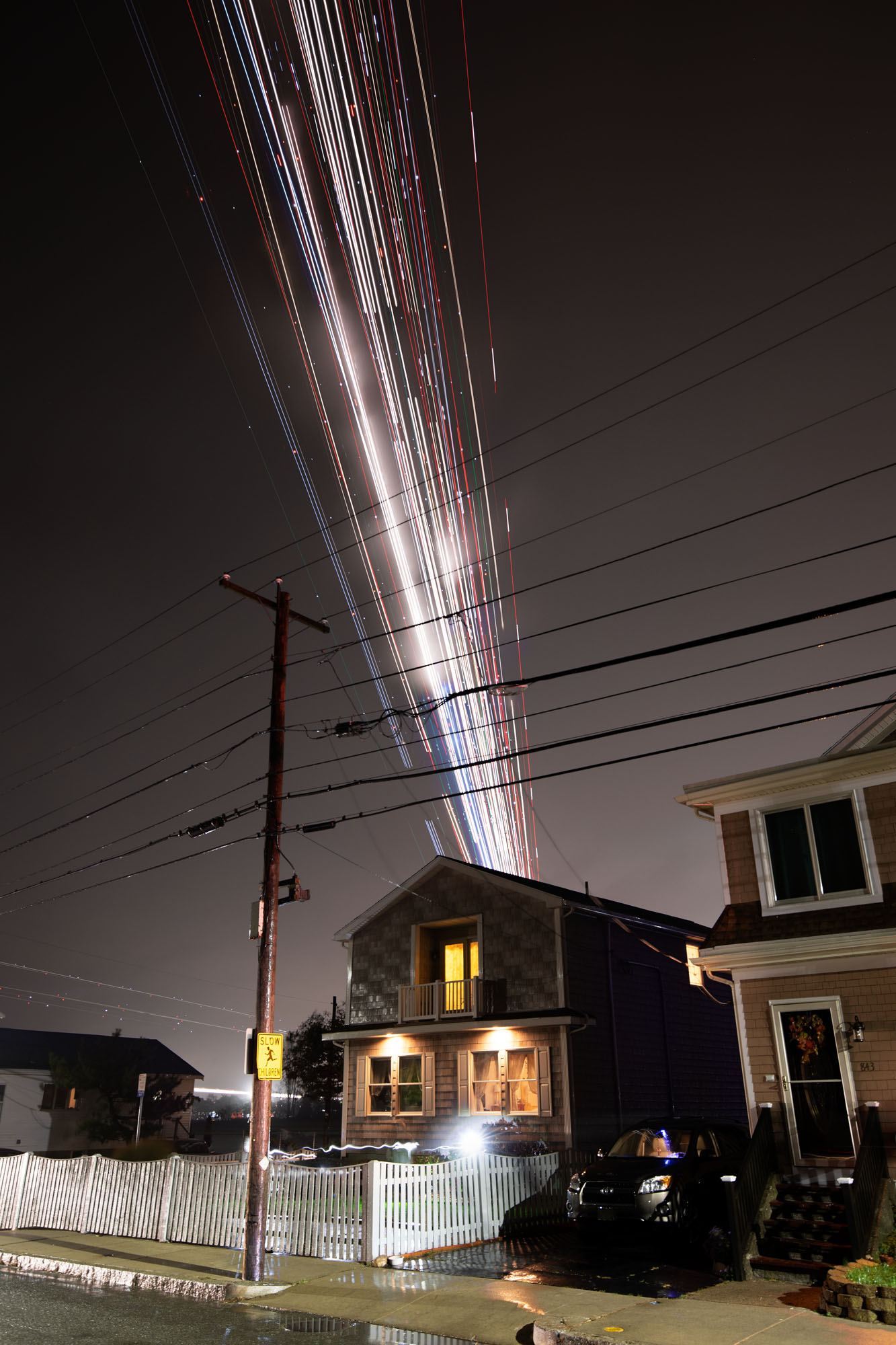