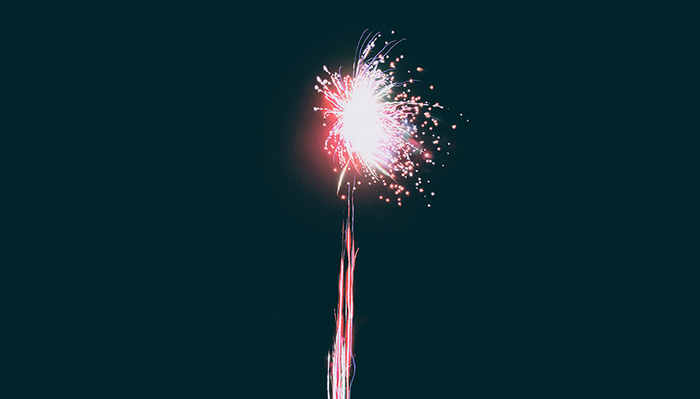 Your smartphone might have the perfect auto-mode for the job, why not save some time?

A smartphone will never look as good as a DSLR. But if you’re out for drinks or spending time with family on New Years Eve, you might not want to worry about getting the perfect shot. Hopefully this short list will help you reach the best of both worlds.

I’m not going to tell you how to compose your photos, or how long you want to expose the scene for. That’s all personal taste, and I’m assuming you understand the basics of taking a nice photo at night. Enjoy the fireworks, and I hope this helps you do that.

First, turn off HDR, and turn off the flash. No smartphone nor scene is the same, but see if you can get a feel for it between an Android and an iPhone below. Even with a long exposure time, you can still get a good shot at ISO 100 I find. Fireworks don’t last for more than a couple seconds at a time so I don’t think you’ll need an ND filter.

The above photo was taken with a one second exposure, at f/1.6 and ISO 50. That’s a pretty wide open aperture so if your phone won’t manually hit ISO 50 then don’t sweat it. The iPhone XS has an aperture of f/2.2 on it’s wide lens, but around a 30% larger sensor size. If you have the latest and greatest iPhone, my guess is you’ll aim for ISO 100. While I’ve got one I can test, I won’t have any fireworks until later.

I recommend Adobe Lightroom CC Mobile for some great manual control on a smartphone. It’s pretty universal between iOS and Android, it allows for a shutter priority mode, and you can process raw images too. We’ve got a pretty good article on using it for long exposures. Obviously though, you should use what you’re comfortable with.

Some smartphones have pretty handy auto-modes that could get the job done for you. Let’s face it, when you’re a couple beers into the night and the excitement of the countdown has hit, you might not want to fiddle with settings.

If you’re using an iPhone, try using “Live Photos”. This way you can enable a long exposure later in the Photos app. The reason I recommend this over Adobe Lightroom CC Mobile, is that it’s quick and easy. This method makes it difficult to see the results quickly though.

Most of the shots in this article were taken with a Huawei Mate 10 Pro, which is very capable in low light and also has these settings. “Light Painting” mode is the one I usually go for. “Night Shot” can be good too, but it’s too easy to get a blurred mess this way. It’s pretty stunning to see the fireworks grow across your screen as the photo is taken.

For Google Pixel owners, I’ve found the standard HDR+ settings to look pretty nice (which is surprising). The new “Night Sight” mode might be better though, because it takes a slightly longer exposure. I haven’t yet experimented with this, so post your photos below if you try it!

For lots of reasons, shooting raw is handy. It means that you won’t need to worry about white balance, and have more control over the exposure. On the note of white balance, it’s handy to try and lock this down whether you’re shooting raw or not. I’ve found 5600 Kelvin and 4400 Kelvin to be appropriate. Nailing this down will avoid photos looking different between shots.

Your smartphone probably won’t see much if you’re pointing it at the night sky, so you’ll need to focus some other way. Make sure you know how to lock the focus down. With an iPhone and most Android phones you can do this by pressing and holding on a spot. I’ve tried locking onto where the first fireworks have hit, in mid-air. Since your phone has such a small sensor and you’ll probably be shooting wide, it’s not a stretch to focus on the ground below and then point up. 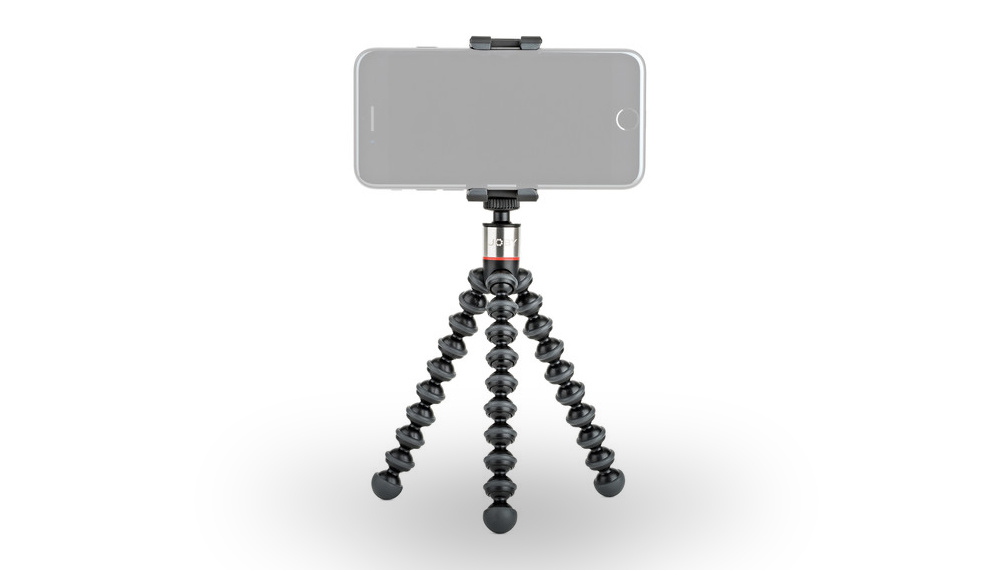 Bring out the GorillaPod

The photos in this article weren’t actually taken with a tripod, but the phones had pretty stellar image stabilization and the results were good enough. I usually hold my phone up to my chest, or rest it on a ledge. This can be aided by using a timer too. Either way works, but if your smartphone doesn’t have IS then I’d consider bringing out something to help keep it stable.

Any tripod or monopod will help, but I’m a big fan of Joby’s smartphone accessories. They make a handy smartphone holder for your car, and bike, so it’s not a stretch for me to have the tripod legs too

Lots of photographers tell you that you need a respectable distance from the action, but I’ve found that most smartphones are wide enough to counter this. If you’re just looking for a quick Instagram Story post, I find shooting wide and cropping in on a single trail makes for a pretty picture.

If you’re going to be up close, it helps when fireworks don’t go off in quick succession. Getting a single blast looks really cool from 30 feet away, but because you’re taking a longer exposure it can get ruined by other fireworks. Of course, that’s just what I like.

Finally, don’t be dumb and make sure to keep safe. Getting the shot shouldn’t come at the expense of your health, and the safety of those around you. Also, I hope nobody reading this decides to watch an entire fireworks display from behind an iPhone. Hopefully these tips will help you get a quick snap, and immediately put the phone back in your pocket. Happy new year!