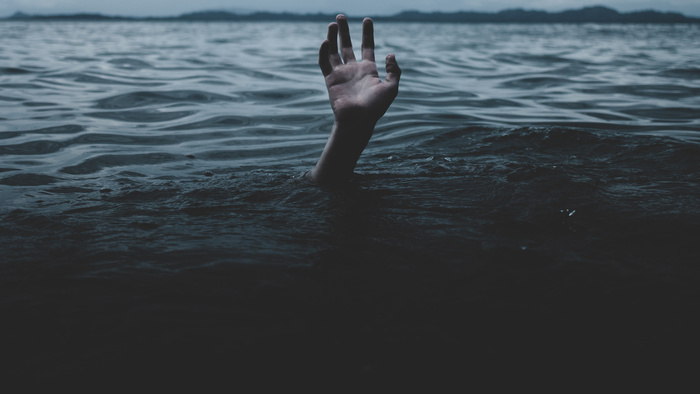 Lament a lowlife that lurches and lurks the local lanes, and I’ll let loose a listless laugh. But tell me tales of a memory card formatting itself in the middle of a wedding and I’ll hide behind the proverbial sofa, toes curled in fright.

As we grow older, our fears mutate in to something more realistic; monsters under the bed are replaced with credit card fraud and missing a mortgage payment. And yet, we’re still drawn to stories of horror. For me, the folklore of haunted hills and marauding murderers leave me cold and dry, but disastrous photo shoots by fellow professionals never fail to leave me all a fluster. So dim the lights, turn your cameras to face away from you, and delve in to disaster.

Ok, so I’m shooting a seascape on the coast of Malibu, California. It’s a gorgeous coast with crazy cool cliffs that come all the way up to the water. There’s around four feet between the cliff and the water; it’s really narrow. So, I’m walking down the coast with all my gear to find the right spot and I always shoot around sunset. I’m sitting there shooting in this area of the beach that was a decent size. When I finish shooting just as the sun sets, I’m packing up and I start walking back along the coast and I realize the water has risen above my way back along the cliff — there’s no more beach left and there’s no way to get back! I turn around and walk the opposite way and there’s nothing until I reached the other side of the cliff which also had high water so I was completely trapped. I noticed a home-made wooden ladder that was falling apart but it lead to a ramp with a metal door. The door was locked. The door and fence was 25 feet in the air and had metal spikes on top so you can’t climb without ripping yourself apart but it was my only way.

So I take my camera bag and my tripod and I throw it over the door and then I climbed like a monkey over the fence. I make it down the other side and I’m in some dude’s back garden. This is not a house, it’s a gorgeous fancy mansion on a cliff in Malibu, who knows which celebrity owns it?! I sneak around to the front to get out and boom, there’s an electric fence seventeen feet tall and it only opens electronically for cars. I’m standing on this guy’s driveway — I’m not going to go knocking on his door — but the fence has barbed wire at the top too so I just start walking around the garden. I eventually find a tree with a branch that hangs over the fence and so I climb it, throw my gear down and then jump the seventeen feet.

I spent half a year waiting for an original shot I had envisioned in Iceland. I spent 4 hours on the day it was going to take place on a windy crater top, hoping for the weather was going to comply. I got the exact conditions I wanted for the shot I had spent 6 months dreaming of. But I miscalculated my drone battery, the strong wind forced the drone away from me and I had to crash land it… I didn’t get the shot.

Robert Baggs: Panic at the Disco

I had a magazine shoot with a band in and underground club. This place was incredible, but very dark. I began the shoot and all was going well. Around half way through the shoot, I noticed my main light was over-exposing my subjects. I blame the light, because nothing had changed in settings, ambient light, or positioning. I was confused, and after staring at the light for a moment, I continued by firing off a burst of six shots. When the sixth shot finished I looked down at my screen to see the highlights blown out, but my attention was quickly brought to the room getting continuously brighter.

This was courtesy of my light which of its own accord, was getting ramping up its brightness. This would be weird if it were a continuous light, but it was a strobe. After a couple of seconds, it let out a muffled bang and fire began pouring out of the back of the unit with plumes of smoke. A fire extinguisher and the light being placed away from anything else resolved the situation, but few things make you look more like a budget photographer than your equipment catching fire.

After shooting a scene for a short film in a location with very short time allowance, I went to set my white balance. I knew I had to click “Okay” twice. However, my finger slipped and my menu landed right on “Format” and then I hit “Okay” twice. We had to reshoot a scene that took three hours, but this time in just 30 minutes.

I was shooting a wedding in 2011 at the Oviatt Penthouse in LA. I left my gear bag with extra lenses and bodies in the bridal suite while shooting the ceremony and reception, nothing unusual. I also kept cards that I had shot with in a memory card wallet in the bag as well. During the reception I come back there to grab a lens and two small children — maybe age 5 or 6 — were in my camera bag and had grabbed and hidden everything in it about the entire room. I shooed them away and found everything pretty quickly and put it back in the bag and went back out to continue shooting.

The night ends, and the couple wanted some extra photos in the empty streets of LA, so I obliged and by the time I got back to my hotel room it was close to 2 a.m. I go to dump my cards from my card wallet and… they’re not there. I realize that in addition to hiding all of my lenses, the kids took the card wallet too. Panicked, I run back to the Oviatt, which was thankfully only a block away, and try to get back in. I banged on the door and hollered but after a few minutes realized that maybe no one was there any more. I wasn’t even sure if that’s what happened to the cards. My mind was racing thinking I lost half the wedding and the portrait shoot that spanned three locations beforehand, when finally one of the cleaning staff heard the noise and came down and opened the door. I explained my situation and they let me up to poke around the bridal suite — and I found it, the card wallet, under the bed. I was so relieved. That was the day I learned to keep my spent cards in my pocket and not in my camera bag.

Shooting a New Years Eve wedding in Ontario, Canada, cottage country. There had been several feet of snow over the prior week and then a freezing rain the night before. Thought we’d be smart and take a short cut from the preparation location to the ceremony venue. What could go wrong, right? The car couldn’t get up a hill. I couldn’t steer back down the hill without sliding either. Finally arrived about 20 minutes late. Thank goodness they waited for us; and, half the family members who were stuck behind us.

But from the ceremony, we went to a lake side for photos. I parked on hard packed snow (I swear). However, the car melted some of the snow and sunk. The groom’s father helped by laying down some chains and helping to push us out. Once the tires bit into the snow and chains, he fell face first on to them. So, I was late for the ceremony and managed to get the Groom’s father a nice shiner from the chains he fell onto.

Share your most toe-curling photography horror story in the comments below!