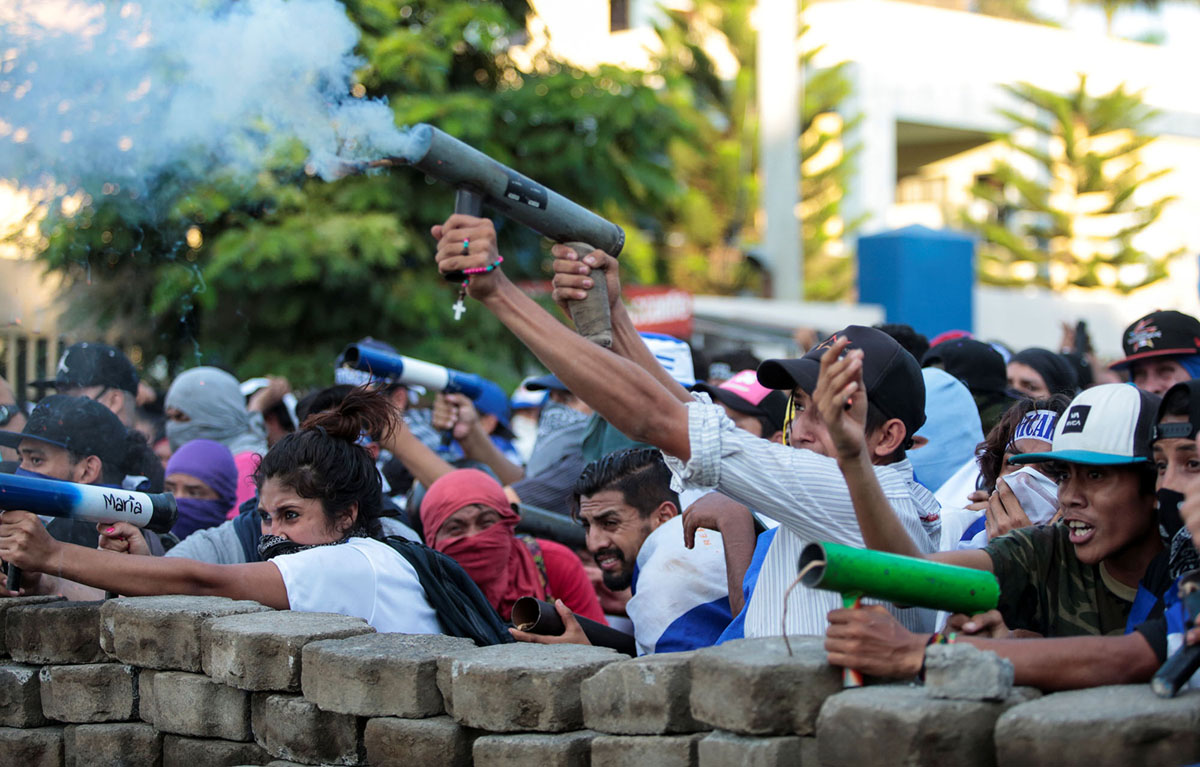 Widespread protests against Nicaraguan President Daniel Ortega’s government that began on April 18 have devolved into deadly violence several times. A march organized yesterday, on Nicaragua’s Mother’s Day, was to commemorate those mothers who had lost their children during the ongoing demonstrations. Reuters reports that “witnesses said pro-government armed groups opened fire on the marchers,” and that eleven people were killed—making it the bloodiest day in more than a month of protest that has now seen more than 80 deaths. What began in April as a reaction to Ortega’s attempts to change the national social security system has now become a broad, student-led call for Ortega and his wife to step down and for new elections to be held. Neither side appears to be backing down. Anti-government protesters are hoping to build momentum, and government crackdowns on demonstrations are increasing, as Nicaraguans continue to take to the streets to decide their future.