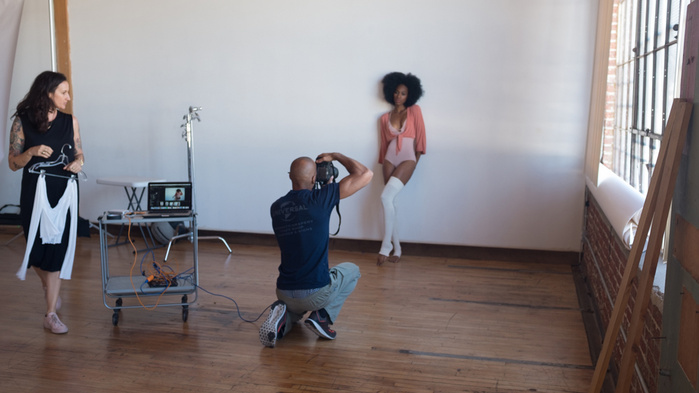 While I was initially slow to adopt the notion of being literally tied to an external machine while I went full throttle through my photo shoots, I’ve found the process not only beneficial, but absolutely essential.

I’ll admit I was a bit intimidated at first. When I first started taking pictures over a decade ago, like most, it was a bit, shall we say, willy-nilly. Like all beginners, it was a lot of trial and error. Perhaps more of the latter. As my skills progressed, that ratio began to flip until the hits surpassed the misses. Eventually you get to the point where you know the shot is going to be good (in technical terms, at least, artistic merit is something entirely different), but what you really want is that single shot that is truly special. Either way, it’s a process. And that can make the idea of tethering a bit scary.

For those who don’t know. Tethering simply means having your camera connected to a computer while you are shooting so that the images from your camera are instantly viewable for everyone on set. The main reason for doing this is to give you a better representation of the final image you just took as opposed to constantly trying to suss out detail from the tiny LCD that clings to the back of your DSLR. Perhaps more importantly, it gives the client a better vantage point from which to access the results. And, seeing as though they are the ones paying for this little session, that’s kind of a big deal.

But, let me repeat, it’s also kind of a big deal. No longer will your misses be a secret. The client’s eyes will be glued to that monitor and be able to see your mistakes as clearly as your masterpieces. So how do you get around that? Well, just like any other pretension that you, or anyone on Earth, could ever be perfect all the time, you just have to get over it. The benefits far outweigh the drawbacks and your clients are more than capable of understanding that sometimes you need to take a few bad shots to get a good one.

So, what’s the best way to handle your tether session? In my opinion, Capture One is head and shoulders above the pack. I’ll write more about why I like that particular software in the future, but for now, it’s important to look at why one would want to tether at all. 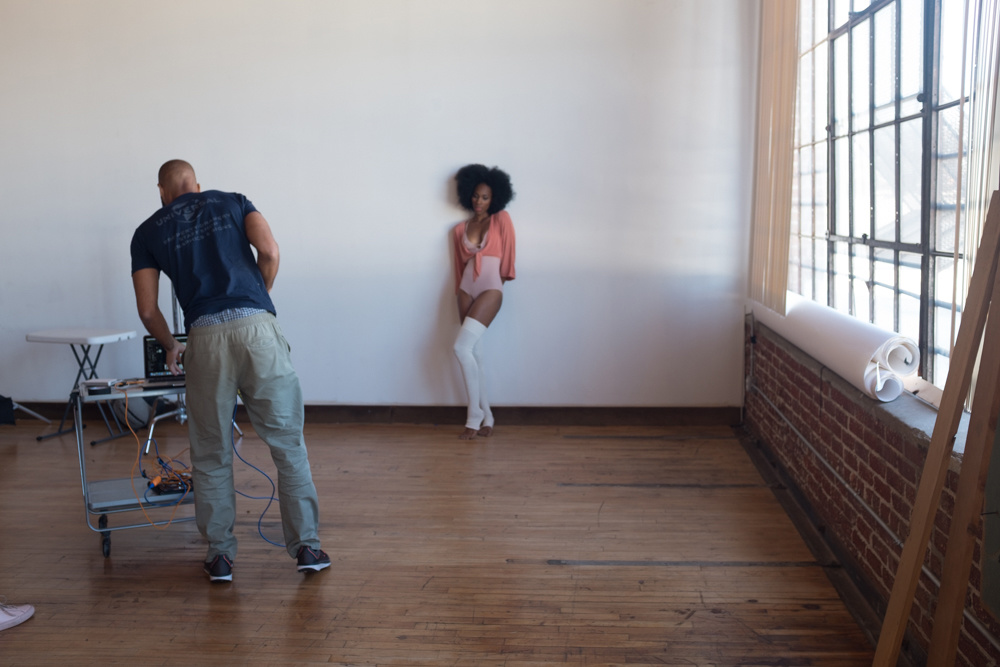 Prior to using Capture One, my workflow was fairly straightforward. I would shoot untethered straight to the memory card. Checking the back of the camera as I went along. When I got home, I would import all the raw images into Lightroom and figure out where I went right and where I went wrong. In my early days, I would usually then spend the next several hours making radical adjustments either in Lightroom or Photoshop. I am happy to say that that particular part of the process has decreased over time to where my time in front of a computer in post production is decidedly minimal, preferably nonexistent. I would the kick out the images using my Lightroom export presets, one preset at a time, backup the export and move on.

This workflow was easy and effective. Once I’d repeated it enough and learned the keystrokes like the back of my hand, my turnaround times were more than respectable. But still, the vast bulk of the creative process occurred behind closed doors. The clients only clue to what I was actually shooting would be the quick glances they might steal at the back of my camera when I had a moment between shots to show them progress. Whatever color adjustments I intended to make were locked in my own head. I could attempt to try and explain what I meant by “a little blue here, and a dash of warm over there,” but the client wouldn’t actually see it until I’d gotten the images home and spent a few hours toiling away with my precious sliders. Not only did that mean that I was committing myself to additional work time following the shoot, but that I was committing to do work that the client may or may not approve. And I was doing it after the fact, meaning that, if the client didn’t like the direction I was going, it could potentially be too late to change course.

As my career developed, I was fortunate not only to improve on my own, but also under the tutelage of some of the best photographers in the business. Whether through workshops or assisting, I got a chance to see the masters on set and get a better understanding of how they went about their business. Everyone has their own techniques, but with very few exceptions, one thing became painfully clear. They all tethered. And if you ever spend five minutes on a major commercial photography set, you don’t have to be a rocket scientist to understand why.

Unlike those smaller early shoots where an intimate portrait session was essentially a one-on-one affair, a commercial shoot is more akin to showing up stark naked at a garden party. There are a lot of eyes present and they are all on you.

Even more pressing is the fact that each set of eyes on set are seeing a different thing. The client’s creative team is seeing the images through the prism of the last four or five months of work they’ve put into the project to precisely craft the brand message they want from the key art. The marketing team watches each successive image pass across the screen, all the while considering and reconsidering which frame would be the most effective at convincing customers to buy their shoelaces instead of the competitors. The copywriter looks at the images and dreams up captions. The stylist watches the images closely to see if her combination of pink trousers and a purple tie was really as good an idea as she imagined it would be. Likewise, the makeup artist is watching the screen to access just how annoying that one little strand of hair that keeps dropping over the model’s left eye really might be. Even the models get the benefit of having a better idea of your framing and might be able to offer you a stronger pose now that they know the direction you’re headed. 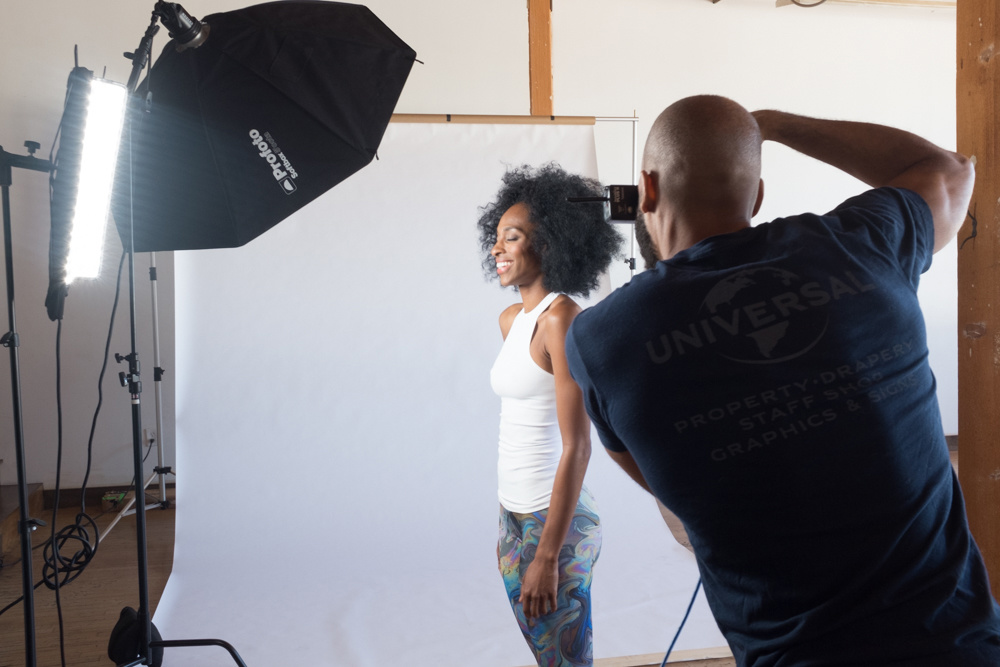 At the end of the day, all of these various viewpoints need to coalesce to form a whole. You need to make all of them happy. Well, maybe some more than others. Usually the ones who are actually signing your check. But the more creativity you can draw from those involved, the better your odds of creating something the client will be happy with.

And this all leads to the most important result of tethering: buy in. By making the client and creative team part of the process, you not only engage their creativity but you also get a better sense that you are providing them with what they actually want. Many of us have had the experience of a client saying they want one thing, then you provide that exact thing, at which point they say that they really were looking for something else. It can be completely maddening. Shooting tethered greatly reduces the chance of that happening. It may still happen from time to time. Clients aren’t always clear in their own minds about what it is that they need. But, for the most part, if they are on set, seeing the sausage as it’s made, they are in a position to comment right there and then if you’re heading in the wrong direction.

I build my Capture One style adjustments beforehand and set them up on the tether stations so that with each click of the button, everything from my composition to the color adjustments are immediately viewable on screen so the client can give me the thumbs up or down in real time. This means that when I get home from the session, aside from minor adjustments, there is essentially zero post production adjustments that need to be made prior to being able to send proofs to the client for them to make selects. It also means that when I get home from a shoot, I can rest with confidence that the client has essentially already seen and signed off on the images from the day. In rare circumstances they may still change their mind after the fact, but they can’t say they weren’t aware of what you were shooting as they might able to say were they restricted to occasional views at an untreated image on a camera’s LCD screen. So while shooting tethered may, at first, seem to make you more vulnerable to scrutiny, it also helps protect you from miscommunication.

Good communication is the most important thing to any team effort, whether it be a photoshoot or trying to implement a new passing scheme in the NFL. Shooting tethered provides the common platform so that all team members and clients can be on the same page. And just like that NFL passing scheme, once the quarterback and receivers are all on the same page, everyone’s individual talents are able to show through and the process becomes smooth as silk.